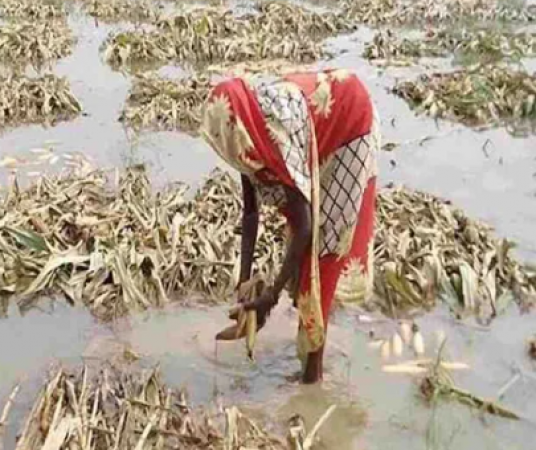 Mumbai: Cyclone Gulab has ruined a lot by creating havoc. In fact, due to the havoc of 'Gulab,' the agricultural land in Maharashtra has been damaged. More than 30 lakh hectares of agriculture in the state has been damaged, according to government estimates. There are reports that out of 36 districts, about 21 districts have been worst affected due to 'Gulab.' Agriculture Minister Dadasaheb Straw has recently informed about this. Recently, he said, "As per initial estimates, the crop loss is more than 30 lakh hectares.''

At the same time, he said, "Once the land is evaluated, accurate information will be revealed. The damage due to cyclonic storms is likely to increase further. Out of a total of 36 districts, 21 districts have been the worst affected.'' According to the news, heavy rains and floods were triggered by cyclone 'Gulab' in all the eight districts of Marathwada - Beed, Latur, Aurangabad, Hingoli, Osmanabad, Nanded, Parbhani, Jalna. On the other hand, western Vidarbha was much more affected than eastern Vidarbha.

Buldhana, Akola, Amravati, Yavatmal and Washim districts are said to have been worst affected due to the storm. Giving details recently, the Agriculture Minister said, "Instructions have been issued to prepare a Panchnama for crop loss. The work at the places where evaluation needs to be done this process can also be completed within 10 days. Some problems are being faced due to floods in the areas. The authorities are not able to reach the site.''

Did you know? Goolam Vahanvati was the first Muslim in India to become the Attorney General of India

Bollywood films that presented the life and thoughts of Mahatma Gandhi