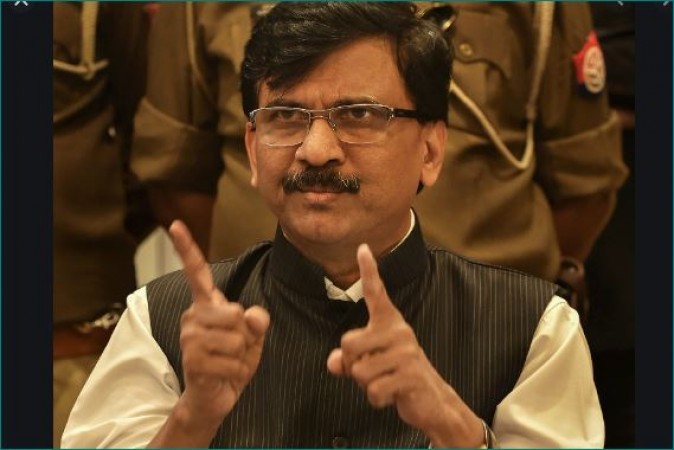 Mumbai: Shiv Sena has once again slammed Asaduddin Owaisi in its mouthpiece 'Saamana'. Shiv Sena has described Asududdin Owaisi as the 'undergarment' of BJP. According to the information received, the Saamana editorial said, "Owaisi has been the mastermind of BJP's successful visit. Owaisi's politics went on, so Tejashwi's government could not be formed in Bihar. But the people of West Bengal remained sensible, so Mamata Banerjee came out winning. Owaisi has now become active for the Uttar Pradesh assembly elections.''

It further says, "It cannot be said what will have to be seen and done till the Uttar Pradesh Assembly elections are held. Behind the scenes of BJP's successful visit, behind-the-scenes mastermind Mian Asaduddin Owaisi and his party seem to be working well. Owaisi Mahasaya seems to have made all preparations to create ethnic, religious hatred on the time of Uttar Pradesh elections.''

At the same time, it is written: "Two days ago, while Owaisi left Prayagraj for Lucknow, his supporters gathered on the way and raised slogans of 'Pakistan Zindabad'. The details of such sloganeering are not recorded in Uttar Pradesh for so long, but what Owaisi comes to Uttar Pradesh assembly elections, what he makes inflammatory speeches from place to place, what provokes his autocratic supporters as to what starts the slogan of 'Pakistan Zindabad', the whole matter looks like a planned script.''

Moreover, it is written in the face, "There can be no politics of Muslims, no nationalism. From Ram Mandir to Vande Mataram, mere protest cannot be a policy of giving direction to a Muslim community. Muslims are citizens of this country and they should make their way by following the Constitution of the country. On the day Owaisi dares to say so, Owaisi will get a reputation as a national leader, otherwise, he will be seen as the underwear of a national party of the BJP. In this way, there are many other things mentioned in Samaana.

CM orders officers to be alert on war footing