New Delhi: After the England tour, former Team India captain Virat Kohli was given some rest from cricket. He was not part of the ODI and T20 International series against the West Indies, but, he has been re-selected in the team for the Asia Cup 2022. Many legendary cricketers have given their opinion about Virat's poor form and now the name of former Sri Lankan captain Mahela Jayawardene has also been included in this list.

Jayawardene has said that Virat is a fantastic player and he knows very well how to come out of such a phase. Kohli and opener KL Rahul, who has regained full fitness, has returned to India's 15-member squad for the Asia Cup. The Asia Cup will be played in Dubai and Sharjah from August 27 to September 11. Let us know that Virat Kohli has not scored any century in international cricket since November 2019. Not only this, Kohli could score only 76 runs in six innings of all formats on England tour.

Kohli, meanwhile, featured in the postponed fifth Test, two ODIs and as many T20Is last year. However, Kohli was rested for the West Indies tour and the ODI series against Zimbabwe. Jayawardene said on the show 'ICC Review', 'Virat is going through which form, it is unfortunate, but he is a fantastic player. I believe Virat has all the means to get out of this phase. He said "I am confident that he will be able to overcome this bad phase. The form is temporary while your skills are permanent.'' 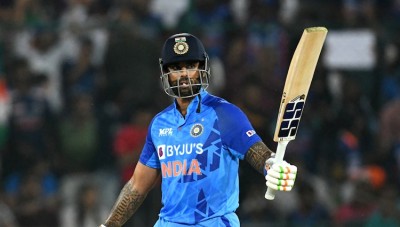