Allu Arjun action thriller 'Pushpa: The Rise- Part 1' is now making a splash on the OTT platform after making a splash at the box office. On the other hand, the dialogues of the film have been overshadowed. There is a dialogue i will not bend on which memes are now becoming fast and going viral. Tell you that Pushpa is a film written and directed by Sukumar and the film also stars Rashmika Mandana besides Allu Arjun. Yes, fahad fasil has made his telugu cinema debut with this film. The film premiered on Prime Video on January 7 and was available in Telugu Tamil, Malayalam and Kannada. However, its Hindi has now been released.

In fact, the film is being watched in Hindi on Amazon Prime Video on January 14. Tell you that there has been a flurry of memes since the release of the film and memes are being made and going viral on social sites. Talking about his role in the film recently, Allu Arjun had said, 'When I read the script, I immediately felt right. The story of an unknown person rising up may sound awkward, but the way his journey is presented in the film has added many layers and nuances to the character. I haven't played a role like this in my career. I am honoured to be a part of this project and am absolutely thrilled that the film will reach out to audiences around the world with its release on Prime Video. '

On the other hand, the film's actress Rashmika Mandana had said, "Months of hard work and training paid off when I have seen the audience praising the film so much. Working with actors like Allu Arjun and Fahad Fasil has been very special for me. However, the flood of memes on social sites has made people go crazy at the moment. You also see these zonanated memes. 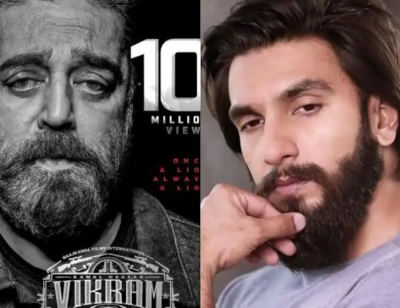