Mahhi Vij said for distance from small screen- Makers are not casting... Mahhi Vij, a famous television actress, has been away from the small screen for the past five years. She was last seen in Balika Vadhu after which she did not appear on any show. Mahhi gave birth to her daughter Tara in 2019. The actress has been enjoying motherhood periods ever since. Mahhi, however, says she is not away from television because of motherhood.

The same Mahhi Vij is very active on social media, she often shares videos with her daughter Tara. "I don't know why the makers have assumed that I'm not interested in working anymore," says the actress. I have given many auditions in the last few months but to no avail. My daughter Tara is just two years old and if people think that distance from television is because I have become a mother, they think wrong.

She further said, "Motherhood is a big responsibility. But I want to work and be a part of interesting shows. I can work in all the mediums. So, people should not ask me why I am away from the television.'' Let me tell you that the makers are not casting me. Mahhi has become active on social media in the last few years. Social media has helped me do some interesting things that I am happy to do, the actress said. But I am an actress and want to act.

Urfi Javed wore such torn jeans that astounded everyone 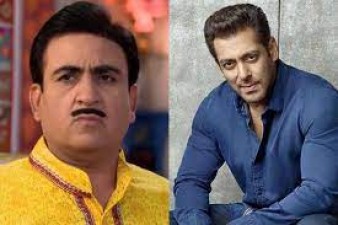