Mumbai: People do a variety of backing to imitate exams. However, the police department is constantly taking action to prevent them. Now, the recent case that has come to light is of cheating during the police recruitment test. As per the information received in the case, the candidates appearing for the examination were trying to copy in a very hi-tech manner. The case pertains to Jalgaon in Maharashtra where a 24-year-old man has been arrested for attempting to copy using a microchip and Bluetooth device in an examination conducted for recruitment of police constables.

What an effort to cheat for constable exam in Jalgaon. Microchip in the ear!!! Worth noticing. ⁦@DGPMaharashtra⁩ ⁦@PIBMumbai⁩ pic.twitter.com/jal4cytlgO

He was trying to cheat by putting a small microchip in his ear. The video of the case is now fast going viral. Yes, in this video you can see a policeman removing a microchip from his ear. The video was shared by the state Director General of Police Sanjay Pandey himself on his Twitter account. You can see, in his tweet, he said, "What an attempt to copy for constable exam in Jalgaon. Microchip in the ear. Worth noticing.'' According to the report of a famous website, the accused has been identified as Pratap Singh Balodh.

In fact, Senior Inspector Ramakrishna Kumbhar of Jalgaon Rural Police Station informed about this and said, "Before the examination started, the monitoring officers saw him moving suspiciously in the hall. He also went to the toilet twice. They decided to check on him and found a microchip inside his ear. He had a Bluetooth device tied to his leg, which was to be used to receive calls.'' Let me tell you that Pratap Singh Balodh, a resident of Vaijapur in Aurangabad, has been booked for cheating under Section 420 of the IPC and will be produced before a court where the police will seek his custody. 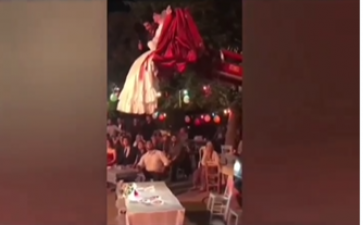 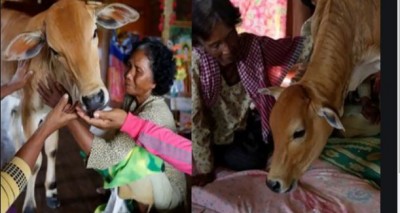 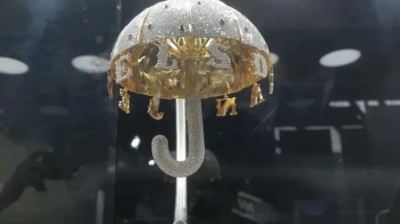