THANE: An oil tanker rammed into a road divider here in Maharashtra on Thursday, resulting in heavy traffic at a junction of the busy Mumbai-Ahmedabad highway and other major roads on the outskirts of Thane city, officials said. There was no report of any casualty, they said.

According to the statement by the Thane Municipal Corporation's regional disaster management cell (RDMC) chief Santosh Kadam, the tanker, which was on way to Shilphata in Thane from Gujarat, met with the accident on the city's arterial Ghodbunder Road around 1.30 am, following which furnace oil from the vehicle leaked on either side of the road, This caused heavy traffic congestion on both sides of the Ghodbunder Road and at the key junction of the Mumbai-Ahmedabad highway, an official from Mira-Bhayander Vasai-Virar police commissionerate control room said.

"Commuters encountered a tough time because of the terrible traffic jam on the key roads," the official said.After being alerted, local firemen, police and RDMC personnel were deployed to the spot where they sprayed water and put sand to clear the oil, Kadam said. But, the vehicular movement was still badly affected, officials said. "No one was injured," official said, adding that efforts were on to restore smooth traffic movement on the roads.

Mumbai: Fire broke out in Kurla, vehicles burnt to ashes! 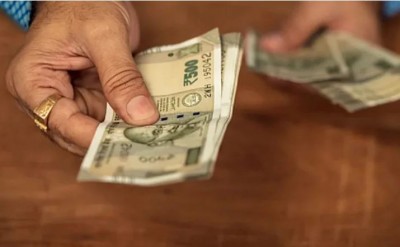