Collection: Akshay Kumar's Mission Mangal is Breaking The Record Of His Own Films, know Total Earnings! Eight days have passed since Bollywood actor Akshay Kumar's film 'Mission Mangal', and the collection is getting a big bang. With its impressive performance and earnings, the film has emerged as the third-biggest film of the year after 'Bharat' and 'Kabir Singh'. In a single week, the film has crossed 100 million. Now, according to the latest reports, we tell us how much the collection happened.

Collection: Mission Mangal Made A Banged Earnings In A Week, know Collections 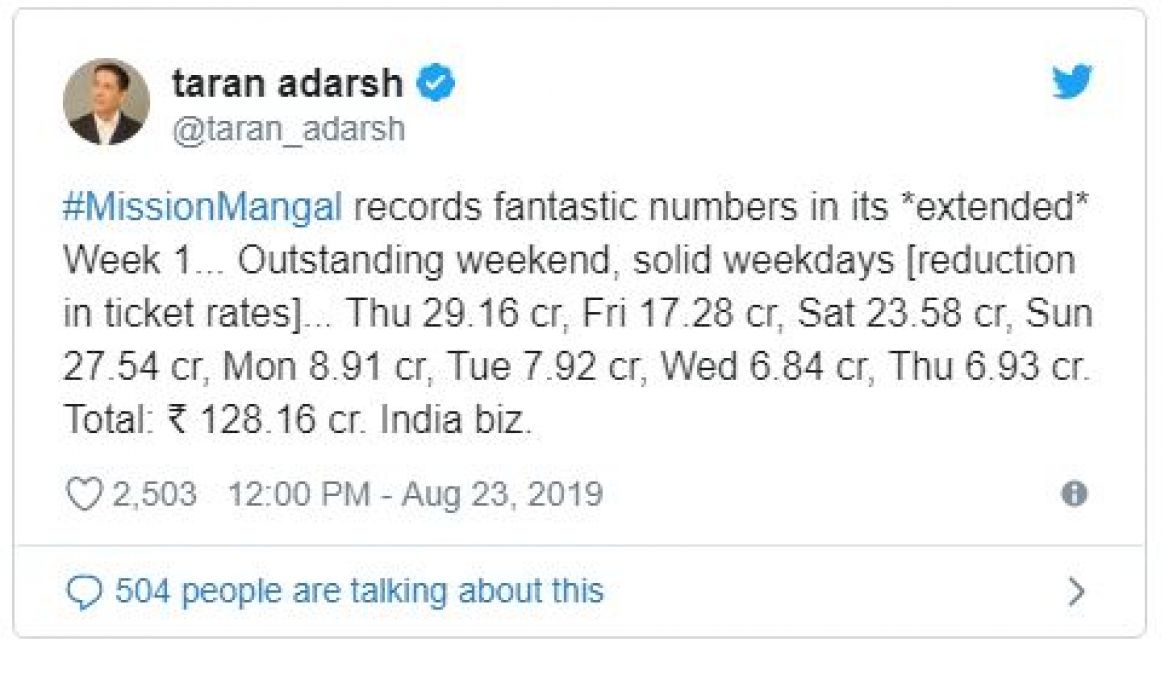 Akshay Kumar, Vidya Balan and Sonakshi Sinha Starr film 'Mission Mangal', is based on the actual phenomenon. The film showcases the success of Mangalyaan and has brought about women's empowerment. 'Mission Mangal' has left no stone unturned to win the hearts of viewers and critics through its content and role of artists.

Akshay, speaking on helping flood victims, said: 'Where will we take so much money'