Mitchell Starc is out of action due to injury, who will replace him? Australia pace attacker Mitchell Starc was on Sunday ruled out of the fourth Ashes Test with a heel injury and will be replaced by Jackson Bird. Starc, who is Australia’s leading wicket-taker in the series with 19 in total, bruised his heel bowling in Australia’s series-clinching third Test win in Perth last week. There wasn’t enough time for him to recover from the injury to his landing foot, with team management officially ruling him out two days before Tuesday’s Melbourne Test.

While Mitchell Starc had been optimistic about his chances of playing, Australia’s selectors took a cautious approach with their star paceman ahead of a key series against South Africa early in the new year. Starc said he hoped to return for the series-ending Sydney Test on January 4. Starc’s withdrawal continues his run of bad luck in the Melbourne Cricket Ground showpiece. He has played in just one Boxing Day Test since making his debut in 2011. 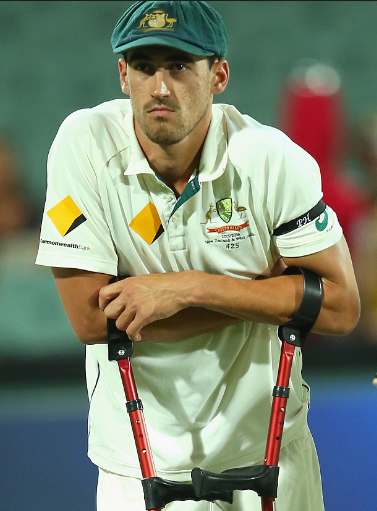 Last year Starc who show up with the bat scored 84 not only stop there but then goes on to take a match-sealing four-wicket haul in a final-day win against Pakistan. Meanwhile, wicketkeeper Tim Paine is expected to play after joining his teammates at training on Sunday after initially remaining at home in Hobart after his father-in-law suffered a stroke.