Rahul should apologize or Hindu will sprint him on streets: MLA Rameshwar Sharma 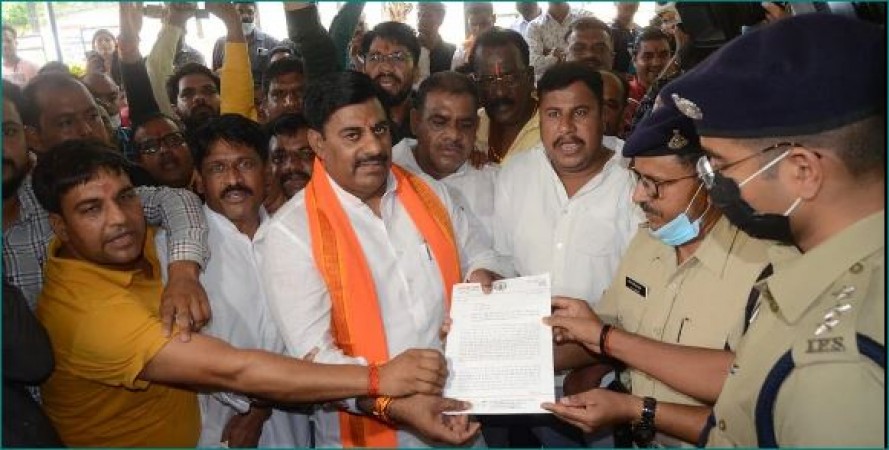 Talking to a well-known website recently, BJP MLA Rameshwar Sharma said, "MP Rahul Gandhi's remarks against Hindus are objectionable. This is not an allegation. We have resorted to law and demanded that an FIR be lodged against them.'' In fact, Rameshwar Sharma said, "Rahul Gandhi said that girls are teased in the temple, why doesn't he said about a mosque or a church?'' Rameshwar Sharma also said, "Rahul Gandhi said Saraswati, Durga is beaten up. He himself is not a Hindu so he insults Hindu deities. If he does not apologize, Hindus will run him and the Congress on the streets. I didn't say anything wrong, was Rahul Gandhi's grandfather, not Feroz Khan?? Isn't his mother Christian?? His brother-in-law is not Christian??? Why is Rahul Gandhi taking offense? His great-grandfather divided the country. Why were Rahul Gandhi and his family silent when Hindus were being killed in Kashmir?''

Let me tell all of you that before making this statement, he had also reached the police station this morning to lodge an FIR against Rahul Gandhi. In fact, MLA Rameshwar Sharma along with his supporters reached Arera Hills police station on foot from Yuva Sadan Malviya Nagar shouting slogans of Rahul Gandhi's apology and here he implemented to the police to lodge an FIR in connection with Rahul Gandhi's objectionable tweet. He was reportedly accompanied by hundreds of supporters.

What Rahul Gandhi said- Yes, last Wednesday, Rahul Gandhi had hit out at the RSS and BJP saying, "These people are not Hindus, they only use Hinduism. I can compromise with the rest of the ideologies, but I can never compromise with the ideology of the RSS and the BJP. BJP calls itself a Hindu party and attacks Lakshmi and Durga all over the country. Wherever they go, somewhere they kill Lakshmi, somewhere they kill Durga. They use Hinduism, they tout religion. But they are not Hindus.''