The famous actress of the entertainment industry Mouni Roy is very active on social media. She leaves no opportunity to impress fans with her new look. Now she has told fans about a glimpse of her new photo shoot in which she looks gorgeous. Her photos are all over social media. Fans are looking at her photos again and again.

In the same pictures, it can be seen that Mouni Roy looks very hot in a Light Purple coloured Thai high slit dress. She has given many poses in front of the camera, which has increased the hearts of the fans. Many stars have also praised his look. Mouni Roy has left her hair open on the back. In the ears, is wearing designers earrings that complement their avatar. Fans are not tired of praising Mouni Roy in the comment section. The pictures are being liked and shared a lot. People have put a flurry of fire emojis in the comment section. Mouni's photos have received more than one lakh 80 thousand likes so far.

Let us tell you that earlier this year, on January 27 in Goa, Mouni Roy got married to boyfriend Suraj Nambiar. The wedding of the two was attended by several stars. If you talk about Mouni's career, then she is a popular actress in television, but for some time now she has been trying to gain a foothold in Bollywood.

The magic of Govinda-Charisma played on the sets of 'India's Got Talent', the audience was shocked to see the dance 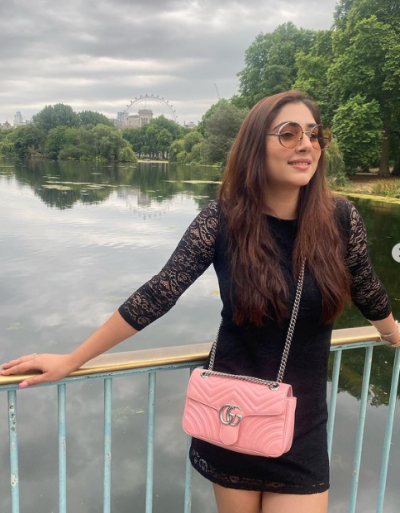