On Sunday the first teaser of one of the most awaited movies of the year, South Star Prabhas starring Adipurush was released but it was welcomed with more negative views than positive views as some people are very disappointed with Saif Ali Khan being caste as Ravana and some are very disappointed with the VFX of the film. Earlier Dipika Chikhlia who played the role of Sita in the Television serial Ramayan opens up about her dissatisfaction with Adipurush and Now Mukesh Khanna brutally slammed the team of Adipurush.

Now Mahabharata Actor who played the role of Bhishma Pita Maah Mukesh Khanna has shared a video on his YouTube account. Mukesh Khanna said that if you will play with Hinduism, if you change the look of the gods and goddesses, the film will not work. Mukesh Khanna said, 'The same thing is going on on all the channels that it (Saif Ali Khan turned Raavan) seems to be Mohammad Khilji, not Raavan. That's right, it doesn't seem like our Ravan. The Mughal character was given a Mughal look. Where is Ram, where is Ramayana and where is this Mughal look? are you kidding? This film will not work. If you think that only special effects will make the film a hit, then you are wrong. Ramayana cannot be made by spending 100 or one thousand crores. Ramayana is built on his values, faith, looks and dialogues.

Mukesh Khanna further said, 'If you want to change 'Ramayana' by giving the look of 'Avatar' film, then do not say that we are making Ramayana.  Some Adipurush who belonged to the Stone Age. Where the bats are flying. They come flying by sitting on top of the birds. Ten-headed Ravana, from where did you show it? You will show him ten heads, give him the look of Alauddin Khilji, then people will not laugh at you. This is not a good sign. Its outcome will not be good. I am telling people not to spend your money on changing the characters of our religion. If you want to play with your religion then do it.

Mukesh Khanna said that a few months or years ago, Saif Ali Khan had said very proudly and very happy that I am playing the role of Ravana. I will give him a humorous look for the role of Ravana. Even then he reprimanded  Saif. He said, 'Okay your wish. You play any character. Give him any shade. No one can stop you. This actor has his own right and his own space, how he has to present that character in front of the people. But when it comes to Ramayana, you want to take advantage of it, the first thing. You want to take advantage of people's faith. We are bringing Ramayana, so people will say that you are welcome. But to say that I want to change the character of Ravana, the ears of a true Hindu would be raised. Like mine happened too. I also thought who are you to change the character of Ramayana? Can you show the characters of your religion by changing them? Saif Ali Khan is proving to be true.

Also Read:Richa Chadha and Ali Fazal have been legally married for over 2.5 years now, Revealed 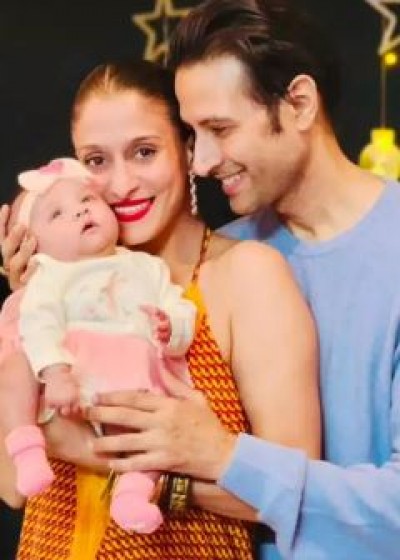