Even today the performance of farmers continues. India is going on a protest today. In fact, in protest against the new agricultural laws, India is going on a protest today and it is seen supporting many political parties. Along with farmers, party leaders and workers are also seen on the streets in support of Bharat Bandh. The government and the ruling party BJP are accusing the opposition of plotting on the pretext of Bharat bandh.

Recently Union Minister Mukhtar Abbas Naqvi has responded the matter. He said, 'Just as the innocent people were misled in Shaheenbagh, the same is being done now.' In a recent conversation with a website, he said, 'Most political parties are committing such criminal conspiracy. Where there is a case for the progress of the poor of the country, these people have been working continuously mixing confusion and fear. The Congress party and its desperate frustrated allies are doing all this work. '

Along with this, Naqvi also said that, 'Political party and some people have raised the hurdles regarding MSP. The Agriculture Minister and the Prime Minister himself are constantly informing that MSP will not cause any harm. Work is being done by placing a gun on the shoulders of innocent people, the same work was done by some people in Shaheenbagh by misleading the innocent people and later the people involved with the political party there Used to do it. In this way he made many more allegations. He says all this is happening on the pretext of demonstrating politics. 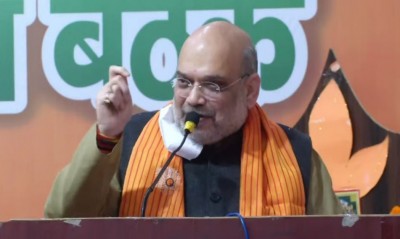