Kanpur: Pakistan terrorist Ashraf Jalali has threatened to kill Sufi Kausar Hasan Majidi, the national president of the Sufi Khanqah Association. Yes, Sufi Kausar Hasan Majidi himself has told about this. He says that 'Terrorist Ashraf Jalali has threatened to kill him while uploading a video on social media.' In fact, after the Udaipur Kanhaiyalal massacre, Sufi Hasan Kausar Majidi, who exposed the network of Dawat-e-Islami organization in Kanpur, is getting death threats from Pakistan.

In fact, Sufi Kausar Hasan Majidi, the national president of the Sufi Khanqah Association, had claimed after the Udaipur incident that 'the killers have connections with Pakistanis and Dawat-e-Islami. Collection boxes are installed at various places in the city of the organization. Its office was also disclosed to be in Kanpur. After saying this, the investigating agencies became active in Kanpur.' At the same time, since his rhetoric, he is getting constant threats of death from Pakistan. Let us tell you that Sufi Kausar Hasan Majidi told that Pakistan Barelvi Mullah Ashraf Asif Jalali has uploaded a video on social media. Yes and through this, he is threatening to make India Pakistan by taking the name of him and Prime Minister Narendra Modi.

In fact, Ashraf Jalali, a terrorist sitting in Pakistan, also said that the Sufi Khanqah Association is being made an enemy of Muslims by sitting in the lap of Hindus. At the same time, Kausar Hasan Majidi also told that through this video he has given a message that how's situation is going on in India. With that, he will convert India into Pakistan. Many of his people are hiding in India. 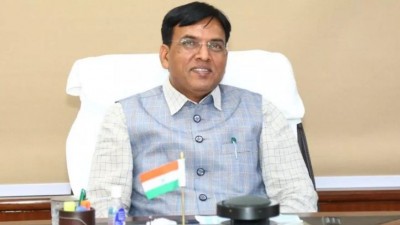