Munawwar Farooqui has become a topic of discussion across the country after winning the reality show Lock Up. Now wherever Munawar goes, the eyes of his fans and paparazzi are fixed on him. These days a lot is being talked about the love of Munavvar and his girlfriend Nazila Sitashi. Both have always been seen spending time together. Now Munavvar has also posted his picture with Nazila on Instagram for the first time.

Munavvar wrote poetry for girlfriend: According to media reports, Munavwar has also written poetry while sharing a picture with girlfriend Nazila. In the photos, both of them have also been seen doing romantic poses. In the caption of the photos, the comedian has written that, 'Now we are not the lovers of pastures, his eyes light up. I have put the books in the cupboard again, I have heard that she reads a wonderful perason. 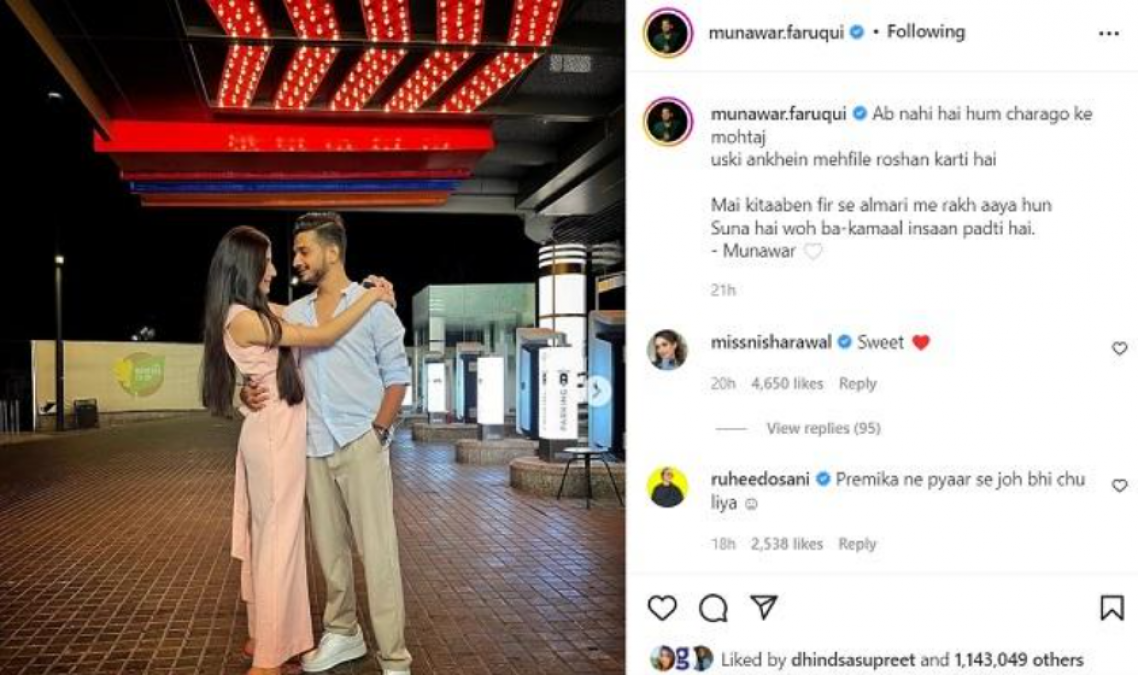 Fans have also become very happy after seeing the romantic style of Nazila and Munavvar. Fierce comments are also being seen on the photos of both. Lock up contestant Nisha Rawal has called the couple sweet. Along with which users have also called both of them cute. One fan commented, 'You are made for each other.' Another wrote, 'Bhaiya sister-in-law.' Another commented, 'Beautiful couple.' Another user wrote, 'Brother get married soon.'