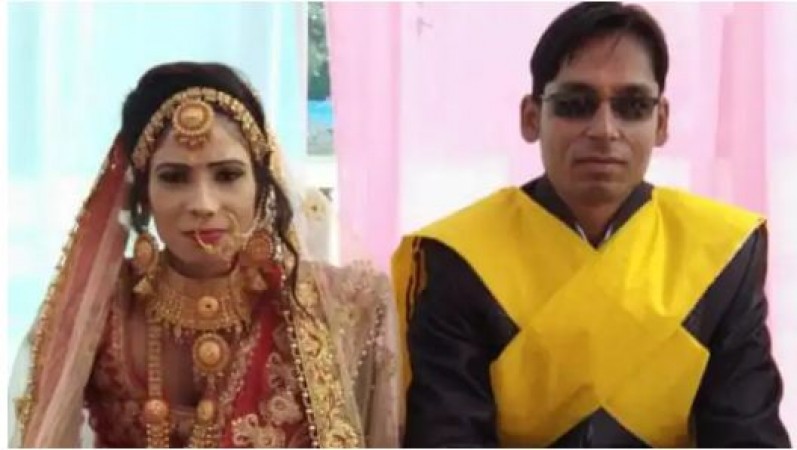 Lucknow: A shocking incident took place in the Ram Bagh area of Uttar Pradesh's Kanpur last night. Here the husband and wife were brutally murdered while watching the IPL match. On Thursday morning, when the father of the deceased got down and saw the body, his screams came out. There was a commotion in the police station after being informed by the landlord. Commissioner of Police Vijay Singh Meena, Joint CP Anand Prakash Tiwari, DCP West BBGTS Murthy and the forensic team rushed to the spot and started the investigation.

Commissioner of Police Vijay Singh Meena said that the incident is very serious. A report will be filed on the complaint of the family members. Three teams have been deployed to disclose the incident. The case will be revealed soon. Shivam Tiwari (27), a resident of Ram Bagh, and his wife Ruby (25) were watching the IPL match on TV on Wednesday night. Shivam's father Deep Tiwari said that he was also present there and had gone to sleep on the roof of the house at around 11.30 pm.

At about 6.30 in the morning, he came down and saw the bloodied bodies of both of them. Ruby's body was lying next to Shivam's semi-naked body. Both their heads were in the opposite direction. Police have recovered a steel saucer from the house, which was filled with red coloured water. It is suspected that the murderer has washed his blood-stained hands or weapons in it.