Lucknow: The disputed Gyanvapi mosque in Varanasi and the Shahi Idgah mosque of Mathura are pending in the court. In the survey of Gyanvapi, the claim of getting Shivling has been made by the Hindu side. There is a lot of politics going on regarding this claim, while on the other hand the parties to the Babri Masjid case are also seen to be active. Haji Mehboob, who was Babri's party in the Ram Janmabhoomi-Babri Masjid case, has now reacted to the Gyanvapi case.

According to the report, Haji Mehboob has said that the country will go towards destruction if Muslims agitate to save Gyanvapi of Varanasi and Shahi Idgah mosque of Mathura. He has alleged that after Babri Masjid, Rashtriya Swayamsevak Sangh (RSS) is now plotting for Gyanvapi Masjid and Shahi Idgah Masjid. Haji Mehboob said that if they are thinking of taking these two mosques, then they should forget it. He said that a big movement will be launched to save Gyanvapi and Shahi Idgah Masjid and Muslims will not back down this time. Haji Mehboob further said that Gyanvapi Masjid will remain where it is. A propaganda is being made that Shivling has been found. This is a fountain in the mosque's vazukhana, not a Shivling.

Babri Masjid advocate Haji Mehboob, referring to the Ram Mandir case, claimed that everywhere things were in our favour. The Supreme Court in its judgment had accepted everything to be in favor of the Babri Masjid, but ruled in favor of the Ram temple. He said that we still kept quiet and allowed this problem to be resolved. But this time we will not do that. 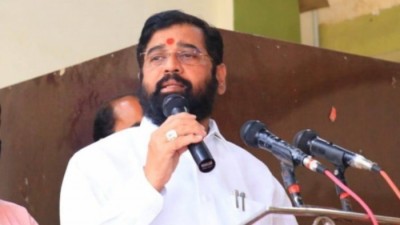