NASA's SunRISE or Sun Radio Interferometer Space Experiment, an ambitious program that plans to launch the largest radio telescope ever to detect and track hazardous explosive space weather events. According to the US space agency, the production of the first six satellites has been completed at the Utah State University Space Dynamics Laboratory (SDL).

Expected to launch in 2024, NASA's SunRISE will be a radio telescope in an orbit that will enable scientists to understand explosive space weather events. It will use the combined power of six toaster-size satellites to observe the Sun in a way that so far has been "impossible" from Earth's surface.

Each small satellite or SmallSat used in the SunRISE project will function as an individual to detect bursts of radio waves from the Sun's superheated atmosphere, known as the corona. The satellites, equipped with four telescoping antenna booms that extend about 10 feet (2.5 meters) to form an “X," will orbit Earth at about 22,000 miles (36,000 kilometres) away, while moving together to trace out a virtual radio telescope.

"These high-energy solar particles can jeopardise unprotected astronauts and technology. By tracking the radio bursts associated with these events, we can be better prepared and informed,” said Justin Kasper, SunRISE principal investigator at the University of Michigan in Ann Arbor.

The observation from SunRISE will be used by NASA in conjunction with data from other space missions and ground-based observatories. 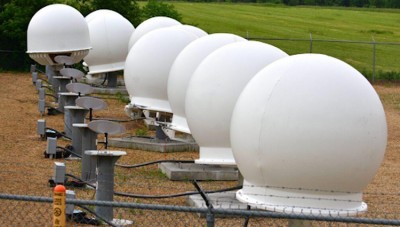