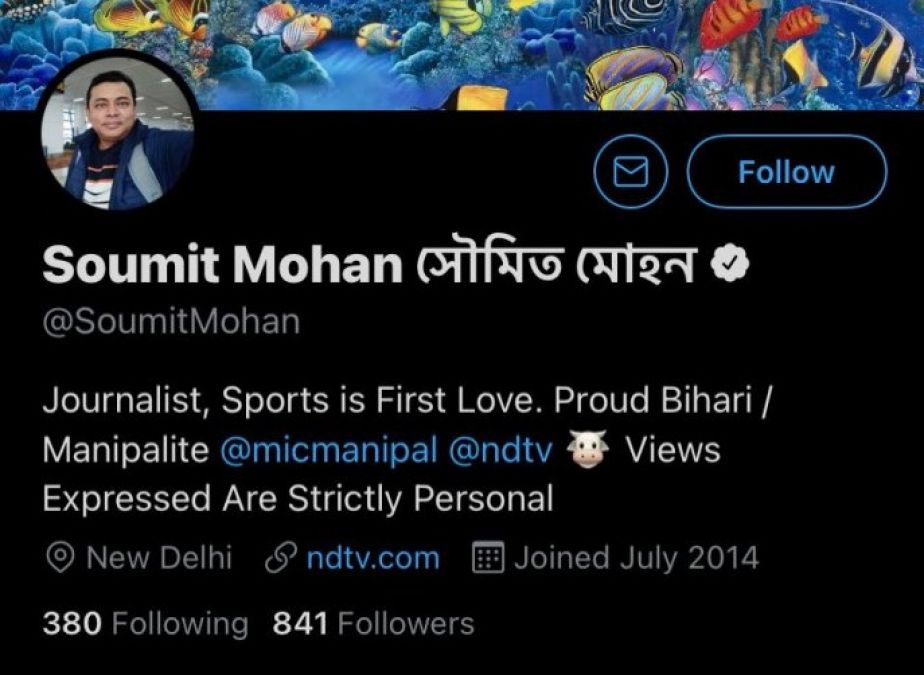 "Fill as you do," Soumit wrote, reacting to a tweet by the state-run news agency ANI. It may be noted here that the news that Mohan commented on stated that ABVP activists were attacked by TMC goons. In a tweet, ANI had said that goons of 15-20 TMC attacked the Kolkata office of ABVP. There was sabotage. ABVP assaulted the workers and also damaged the idols of Lord Hanuman and Maa Kaali. 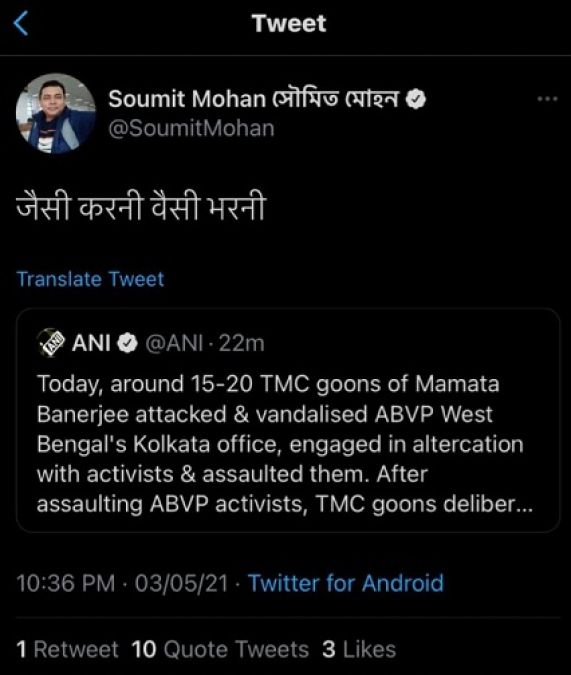 Going to Soumit's profile, it shows that his bio contains NDTV. Though Soumit has deleted his comment, he has not yet apologized for the lewd remarks. However, in a tweet, he said that his Twitter handle was tampered with around 10:45 PM, while his comment on the attack on ABVP activists was made at 10:36 PM. It is not fair to make such comments on the deaths and violence in Bengal, especially when you are a journalist yourself.

Postpone all offline exams scheduled for this month: Education Ministry

BJP to strike against violence in Bengal,

10 days of strict lockdown in Bihar, these rules have to be followed