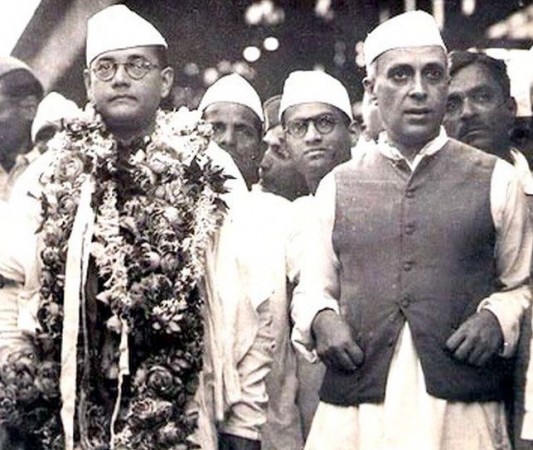 New Delhi: The family members of Netaji Subhas Chandra Bose, the great freedom fighter of the country, have written to PM Modi on Netaji's 125th birthday demanding that Netaji's picture be printed on new notes. At the same time, the family members have also demanded that Netaji's birthday be declared a national holiday on January 23. The letter said on behalf of Netaji's family that he is giving his suggestions on the occasion of the 125th birth anniversary of Subhas Chandra Bose.

The letter says that declaring Netaji's birthday as a national holiday on January 23 would be like honouring him. At the same time, the letter demands that 4 coaches of trains be converted into Netaji Mobile Museum so that people across the country can know about the bravery and valour of Netaji Bose, the founder of the Azad Hind Fauj. In addition, there is also a demand to issue gazette notification for hoisting the tricolour at the Red Fort on October 21 every year. On December 30, 1943, Subhas Chandra Bose, the first Head of State for Undivided Independent India, hoisted the flag in the Andaman and Nicobar Islands. In memory of this, there was a demand by the President or the Prime Minister of India to hoist the flag on December 30 every year.

In the letter, Netaji's family members have asked that a statue of Netaji be installed in front of India Gate in New Delhi. To pay homage to the martyrs of the Indian National Army, a memorial should be set up at the Red Fort INA, who sacrificed their lives for the freedom of our motherland, to unite Netaji's inclusive ideology across the country.