Glamor girl Urfi Javed has again clean bold her fans with her extreme boldness. Urfi Javed has shared a new reel video on Insta in which she is seen topless. By flaunting her killer looks, Urfi has made the fans crazy about her again.

Urfi's Video Viral: In the video, Urfi has covered her upper body with a paper. It is written in this paper – 'Be yourself'. Urfi has responded to her haters through this photo. It says that she will remain as she is. Along with this, this message has also been given to the fans that you do not have to change yourself for anyone, stay as you are. Urfi Javed is topless and she is wearing denim jeans, which she has left unbuttoned. 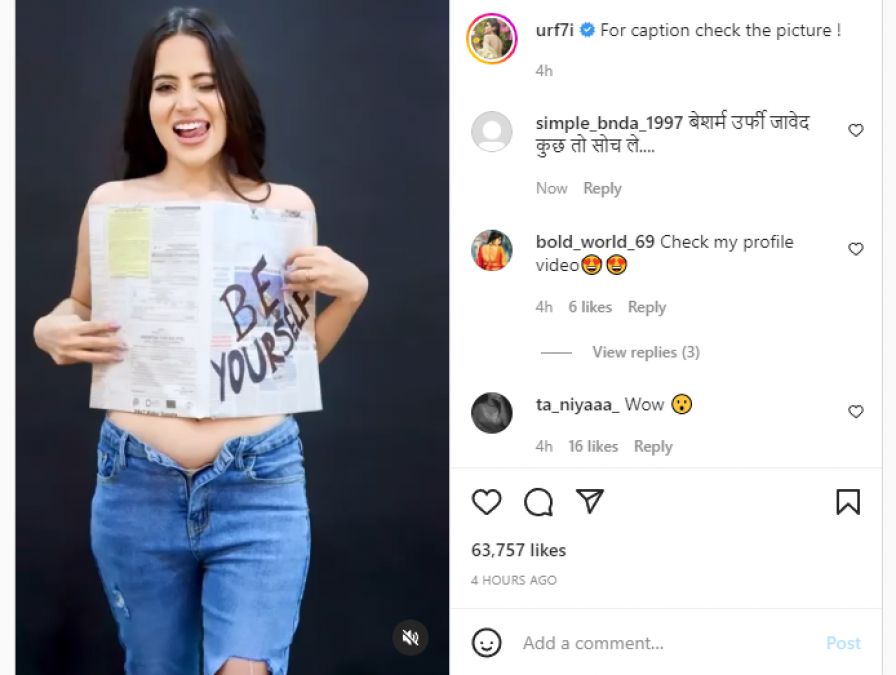