The new film '83,' starring Ranveer Singh, is creating a lot of buzz. The audience's interest in the picture is gradually building. The film's teaser was just published, and it drew a lot of positive feedback from fans. In the midst of all of this, the film's creators have unleashed another another bombshell. Indeed, the film's producers have published a new poster, which you can see here. The poster depicts all of the players celebrating their triumph by racing away. The creators of the film '83' have posted the film's poster on social media.

The poster depicts all Indian players celebrating their triumph by rushing away. Ranveer Singh is at the top of the list, and he's on the lookout for a winning grin. You're probably aware that Ranveer Singbis will portray famous cricketer Kapil Dev in the film. The centrepiece of this poster, though, is that it includes all of the actors who are portraying athletes. The tricolour can be seen in the backdrop, and it is clear that this picture will be filled with emotion.

The central characters in this poster are Ranveer Singh, Hardy Sandhu, Tahir Bhasin, Amy Virk, Saqib Saleem, Chirag Patil, Patience Karwa, and Jatin Sarna. In addition, Pankaj Tripathi and Boman Irani feature in the film. Deepika Padukone also appears in the film as a guest star. In reality, she portrays Kapil Dev's wife in the film. 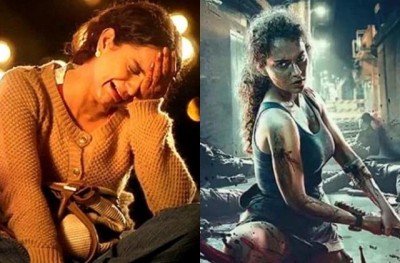