The five-day test took place on I-24 Motion and was sponsored by the Circle Consortium. It is a segment of US Interstate 24 that is included in the censor. It should be noted that the initial results of the trial were favorable.

Traffic congestion is a pain in the modern world. Not only do they waste time, but they also contribute to pollution.
Nissan has now found a way to deal with traffic jams with the help of Adaptive Cruise Control technology.

Although not as ambitious as self-driving technology, this improved driver-assistance system will undoubtedly help drivers feel more comfortable while driving.

Preliminary data analysis showed that a four-wheeler equipped with such an AI system had a favorable effect on the driving styles of 20 nearby cars. There will also be a deeper scrutiny of the data in the coming months.

For the test, which took place between November 14 and November 18, 100 Nissan Rogues were equipped with the AI-cruise control system.
The researchers verified the ability of the cruise controls on each vehicle to communicate with each other.

It created a network of information about different cars moving at different speeds on the road and the AI ​​algorithm adjusted the speed of the cars accordingly.

To make this project a success, Nissan North America collaborated with the Circles Consortium and the Tennessee Department of Transportation.
The consortium included researchers from UC Berkeley in California, Rutgers University-Camden in New Jersey, Vanderbilt University in Tennessee and Temple University in Pennsylvania.

For testing, a RAV4 and a Cadillac XT5 were provided by Toyota North America and General Motors, respectively.

i-24 Motion is the world's first automotive test facility.
It is 6.4km long and has 300 4K digital sensors, which can store 260 million miles worth of vehicle data annually.

Also Read: The 450cc lineup and 650cc ADV being developed by Royal Enfield

I-24 Motion is not a temporary building. Vehicle testing has always been available to researchers and auto manufacturers. 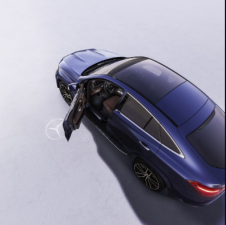