North-East will be main development hub of India: PM Modi In his address at the first election rally in Bhatgram at Guwahati on Thursday, Prime Minister Narendra Modi said,  the north-east region (NER) would be the key development hub of India and the NDA government has already re-established air, rail, road and water connectivity between the region and other parts of the country

PM alleged that Congress’s vote bank politics, wrong policies and corruptions made Assam a detached place besides destroying its culture and traditions adding that with Assam as the main stakeholder, the government is making northeast India as the “development hub of India”.

Attacking the Congress, PM Modi said, “The Congress has become so weak that now it can do anything to win elections. The party giving ‘Laal-Salaam’ (red salute) to the Left parties, wrestling with the Left parties in Kerala and allied with such a party in Assam which harmful for state’s unity and integrity. Congress’s confusing approach could not deliver goods.”

“The Barak Valley had huge resources of tea and petroleum wealth and had connections with other parts of India and neighbouring countries but the Congress destroyed all these resources,” he added.

He stated that a Rs 1,000 crore special package was allocated in this year’s Central Budget for the tea garden workers and that under the PM-KISAN scheme, 27 lakh farmers’ families in Assam are getting financial assistance. Modi, in his 27-minute speech, wished people in Bengali and referred to several prominent personalities too.

PM Modi speaks in Purulia: "I am fortunate to have a foot in this soil" 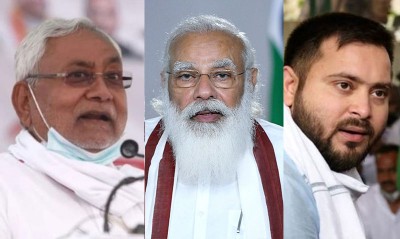