In Tamil Nadu, a major helicopter crash took place in Coonoor last Wednesday. India's first Chief of Defence Staff (CDS) General Bipin Rawat died in the accident. Not only that, he was accompanied by a total of 14 people including his wife Madhulika Rawat. Group Captain Varun Singh , the lone survivor of the accident, is undergoing treatment at an Army hospital in Wellington. Let me tell all of you that the entire country is remembering CDS Bipin Rawat and Madhulika Rawat at the moment, but we should not forget the other jawans who lost their lives in the accident (Army Helicopter Crash). Let me tell all of you that the 13 people who died in the military helicopter that crashed in Tamil Nadu included CDS General Bipin Rawat, his wife Madhulika Rawat, Brigadier LS Liddar, Lt Col Harjinder Singh, NK Gursevak Singh, NK Jitendra Kumar, L/Nayak Vivek Kumar, L/Nayak B Sai Teja, Havaldar Satpal.

Brigadier HS Lidder - Served as Defense Advisor to the Chief of Defense Staff. Brigadier Lidder was soon leaving General Rawat's staff to serve as the General Officer Commanding of a Division. Yes and one of the last papers he wrote was published in the CLAWS Journal and he was approved to be promoted to the rank of Major General.

Lt Col Harjinder Singh- was serving as the SO of CDS. He was such an officer of the army, who was always smiling.

Naik Gursewak Singh- 9 was from Para Special Force. He has served as the Principal Staff Officer, CDS. According to a report, he was about to retire in a few weeks.

Naik Jitendra Kumar- 3 Para SF was the PSO of General Rawat. After his death, Madhya Pradesh Chief Minister Shivraj Singh Chouhan tweeted and wrote, 'Regarding tribute to Jitendra Kumar, the son of Madhya Pradesh's soil. The heart-wrenching helicopter accident that took away CDS Bipin Rawat from us, Sehore's son lost his life while discharging his duty. May God grant peace to the departed soul and place him in the feet of Sri.

Lance Naik B Sai Teja- has worked as PSO of CDS. 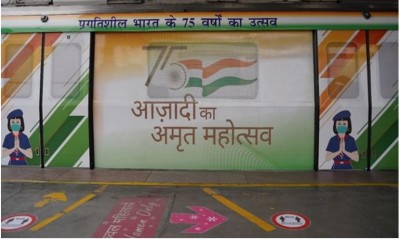