Shooting of the film 'Janhit Mein Jaari' started in MP Bhanushali Studios Limited and well-known writer and director Raaj Shaandilyaa is coming up with a multi-film titled 'Janhit Mein Jaari.' Now the shooting of this film has started from today. In this movie, you are going to see Nushrratt Bharuccha, Annu Kapoor, Anud Singh Dhaka and Paritosh Tripathi. According to the information received, the shooting for this film has started in Chanderi, Madhya Pradesh. Simultaneously, the film is written by Raaj Shaandilyaa and directed by debutant Jai Basantu Singh, who has directed several acclaimed TV shows.

Tell all of you that this film is going to break all the old traditions through its theme. Nushrratt Bharuccha is all set to give her stellar performance in the film. Nushrratt who appeared in the film Dream Girl is very excited. Excited about her role and the subject of the film, Nushrratt says, "There is a very interesting concept released in the Janhit Mein Jaari, as soon as I heard the script, I immediately decided to be a part of the film. Doing a film with Raaj once again after Dream Girl is a really great feeling. I am very excited to be a part of India's first women's franchise in collaboration with Bhanushali Studios Limited.''

On the other hand, about his second production, producer Vinod Bhanushali says, "I have always been a fan of good stories that make you think. This is exactly what is going on in the Janhit Mein Jaari. Raaj's story is entertaining, powerful trademarks also convey good messages in a fun entertaining way with Raaj Shaandilyaa's humour. Nushrratt is going to make a different identity of herself with this film and surprise the audience. ''Now it has to be seen when Nushrratt's first look will be revealed and what will be the story of this film?'' 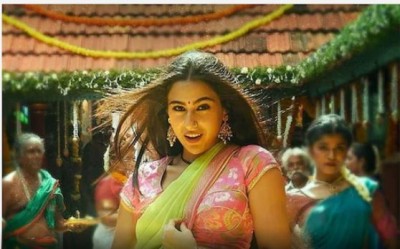