Ola Electric on Saturday announced that it has started test rides across India for its S1 and S1 Pro Electric Scooters, which were launched earlier this year. The test ride for potential customers started earlier this month in select metros, Ola Electric now says it is taking initiatives in 1,000 cities and towns, which is said to be the largest EV test drive programme here. Ola Electric S1 Scooter has received a huge response as the first round of reservations was opened online for Rs 499. The purchase window that was opened later was also completely digital as Ola is following the electric direct-to-home program and has no dealer partner. Delivery is also scheduled to begin this month.

However, many were inquiring about the test ride before finalising plans to buy Ola S1 or S1 Pro variants. On November 10, test rides began in Bengaluru, Delhi, Ahmedabad and Kolkata, followed by five more cities - Mumbai, Chennai, Hyderabad, Kochi and Pune - from November 19. According to the company, the response to the Test Rides event has been largely positive, which has now prompted it to adopt the programme across the country. "We are rapidly increasing the test ride in the coming weeks and will cover more than 1000 cities and towns across India to ensure that every customer gets the test ride facility by mid-December," said Arun Sirdeshmukh, Chief Business Officer, Ola Electric. Test rides have the fastest national level ever and the revolution in automotive retail has been made possible by our direct to consumer model. "

Ola S1 and S1 Pro: Ola Electric makes a big claim that its product per charge offers a higher range, which many consider important before deciding on the purchase plan for EVs. While the S1 version claims to cover a distance of 121 km, the more expensive S1 Pro claims to go about 180 km before the recharge is required.

Ola S1 and S1 Pro: Ola Electric S1 Scooter aims to balance ride performance with a lot of features, some of which are the first in this segment. So when one can look forward to three ride modes - normal, sport and hyper, instant acceleration, stable high-speed ride, there are also factors like a large display screen, app control, speaker with Android-based OS. USB point for charging etc. 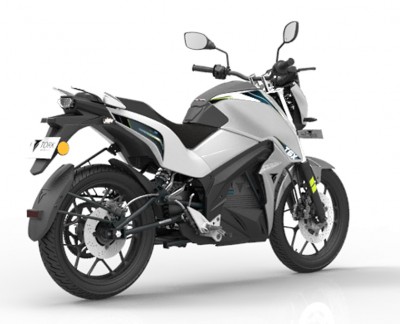