The Omicron variant of Corona has surprised people but now there is good news. In fact, the person infected with an omicron is seen developing effective immunity, which can neutralize not only the omicron but also other variants, including the Delta variant. This has been revealed by the ICMR itself. A study conducted by him (ICMR) says about this. In this study report, it has been revealed that the omicron-borne immunity can neutralize the Delta variant of the virus.

This greatly reduces the chances of getting re-infected with Delta. In fact, in the study, it has been said that by doing so, the dominance of delta will end in terms of spreading the infection. On the other hand, the report emphasizes making a vaccine by targeting omicron. Many other companies including AstraZeneca, Moderna, Pfizer are in the process of making advanced vaccines.

It is being claimed that the vaccine will arrive by the end of March to compete with the omicron variant, although nothing can be said about what is going to happen. On the other hand, according to a PTI report, the study was conducted by the ICMR on a total of 39 people, out of which 25 people had taken both doses of AstraZeneca's anti-corona vaccine, while eight people had taken both doses of Pfizer's vaccine, while six people had not received any corona vaccine. Apart from all this, 28 of the 39 people had returned from the UAE, African countries, Central Asia, the US and the UK, while 11 were in high-risk contact. All of these people were infected with omicrons.

This study studied the IgG antibody and neutralizing antibody (NAB) response on re-infection from the original coronavirus. The report that came out said, "We found in the study that people infected with omicrons developed enough immunity, this neutralizing antibody can neutralize other types of the corona, including omicrons and deltas." "The study is said to be limited. At the same time, the reason for this is the very low number of participants in the unvaccinated group and the smaller post-infection period. 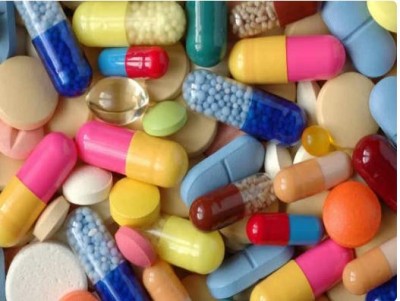