One Mic Stand Season 2: Sunny Leone to try her luck at standup comedy, shared her experience Now one mike stand season 2 is going to start soon. The show is making headlines with double the fun, jokes and double star power offers. Here popular people from all walks of life will come under one roof and try their hand at standup comedy. The trailer of the much-talked-about show was released last Friday. The show features many well-known comedians who have mentored some of the most talented individuals from many backgrounds. Sunny Leone, who is a major part of Bollywood-town, has acted in some fantastic films in Bollywood-town and is now all set to try her hand at standup comedy about which she has shared her feelings.

Sunny Leone shared, "I like stand-up comedy and I have seen many shows here and internationally as well. It sounds so simple and natural to see a comedian perform on stage, but how difficult it is to really connect with the audience and make them laugh at every joke is something I have now learnt very closely. As an artist, I always want to try new things and show the audience more than one way to my skills, so when I got the opportunity to come to One Mike Stand 2, I caught it like a hawk.”

She added, "I always try to show my fans and my audience to my different sides, which is why I was immediately attracted by the show. I enjoyed the last season of One Mike Stand to the fullest, I thought it was hilarious, what celebrity guests presented was amazing, so there was pressure to match that level. I'm used to remembering and delivering long dialogues, but performing live has its own thrill." 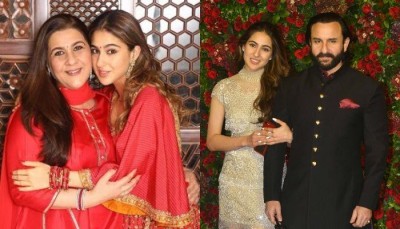