Recent proposals by authorities seeking to place online gaming, casinos, lotteries and horse racing under the same GST umbrella have stirred various stakeholders and have even led to media contributors “praising” the “infinite wisdom” of India’s political class comparing such GST policy recommendations to wanting to house jet planes together with bullock carts in one and the same modern hangar.

A baccarat online game, or any other classic casino title for that matter, cannot be compared to an esports tournament. Casinos, lotteries and betting on horse races are seen as gambling, a practice with long ages of history just like the bullock cart. Such games are widely regarded as based on chance, as the winners are predominantly decided by luck.

To win in online gaming, on the other hand, requires significant levels of skill, talent and expertise, which differentiates it as skill-based from games of chance. The broader term of online gaming which can be played individually includes the competitive genre of electronic sports that has become a medal event in the Asian Games and has developed professional leagues with multi-crore audiences.

Just like jet planes, online gaming does not have a long-age history, as its existence was made possible by modern-era computers, consoles and smartphones. However, the fundamental differences separating online skill gaming and the games of chance offered by Pure Win India and other online casino platforms remain, even if the two categories share one and the same media - cyber space.

These fundamental differences have been recognized by a long line of judgments delivered by various High Courts and the Supreme Court of India which have consistently held that offering and participating in games of skill constitutes an exercising of fundamental rights protected by the Union Constitution.

Nevertheless, the Finance Minister of the Central Government Nirmala Sitharaman expressed a different view in her press conference on June 30 following the 47th meeting of the GST Council in Chandigarh which she presided over.

“Whether it is horse racing or online gaming or casinos, the common thread that the Committee highlighted is that they are part of betting and gaming… In other words, they are essentially gambling. There may be an element of skill in it or an element of chance in it. But essentially, all the three are gambling," the Union FM said.

At the same time, the Central Government is looking at the online gaming sector with expecting eyes hoping it will become a major contributor to a booming Indian economy. This is well evidenced by the recent setting up of the Animation, Visual Effects, Gaming and Comics (AVGC) task force aimed to promote and facilitate the AVGC sector helping it serve global demand.

The Union Prime Minister Narendra Modi himself has openly recognized the potential of the country’s online gaming industry to make India a world’s leader in digital gaming.

As per data by the All India Gaming Federation (AIGF), the homegrown online gaming industry is poised to create 60,000 high-skill jobs and attract Foreign Direct Investments (FDI) to the tune of ₹60,000 crore in the next several years.

Global financial advisory KPMG has estimated the size of the Indian online gaming market at ₹13,900 crore as of FY2021 and has forecast it to grow to ₹29,000 crore by FY2025.

Another recent development, this time in the legal realm, has caused casino industry experts to raise their eyebrows at a similar attempt to place real money gambling and games featuring real money functionalities under one and the same regulation.

The introduction of the Online Gaming (Regulation) Bill, 2022, at the Lok Sabha earlier this year is seen as “a great step in the right direction, showing all the things India has to gain from online regulation”, yet the experts pinpoint a number of deficiencies in the draft Bill led by its failure to differentiate between gaming categories.

“In short, an online casino shouldn’t be regulated in the same way as, for example, a gaming platform offering a first-person shooter game with optional real money features. These games are widely different, and trying to fit them under one umbrella is a recipe for disaster,” says Felicia Wijkander, Editor in Chief at ENV Media.

KL Rahul won't be able to play T20i against WI, will make comeback on this tour 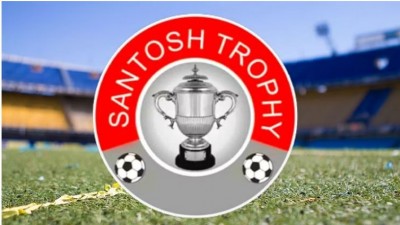