Stunning Esha Gupta is considered one of those actresses of Bollywood, who knows how to win the hearts of fans with her boldness and sizzling style. Esha may not be very active on the movie screen, but in the social media world, she has started creating havoc with her bold pictures. Esha Gupta has once again increased the temperature of the internet by sharing her super sizzling photos in a braless look. Esha's new photos are making headlines on social media. The killer look of the actress is starting to go crazy for the fans.  Esha is seen in the front open dress in the new photos. In fact, the upper part of the actress' dress has a shirt and stylish bottom attached to it. The actress has started to put the button of her shirt dress open and start to brag in her look. The actress is seen braless in this dress.

The actress has completed her look with nude makeup and open hair. Esha has posed for many killers in a bold look. Sometimes with her eyes bent, sometimes looking at the camera, every style of Esha in the photos looks ravishing. The actress' photos have been liked by millions of people so far. Fans are building bridges of praise for him in the comment section. Fans are getting tired of praising Esha by writing gorgeous, beautiful, wow yrrrr. 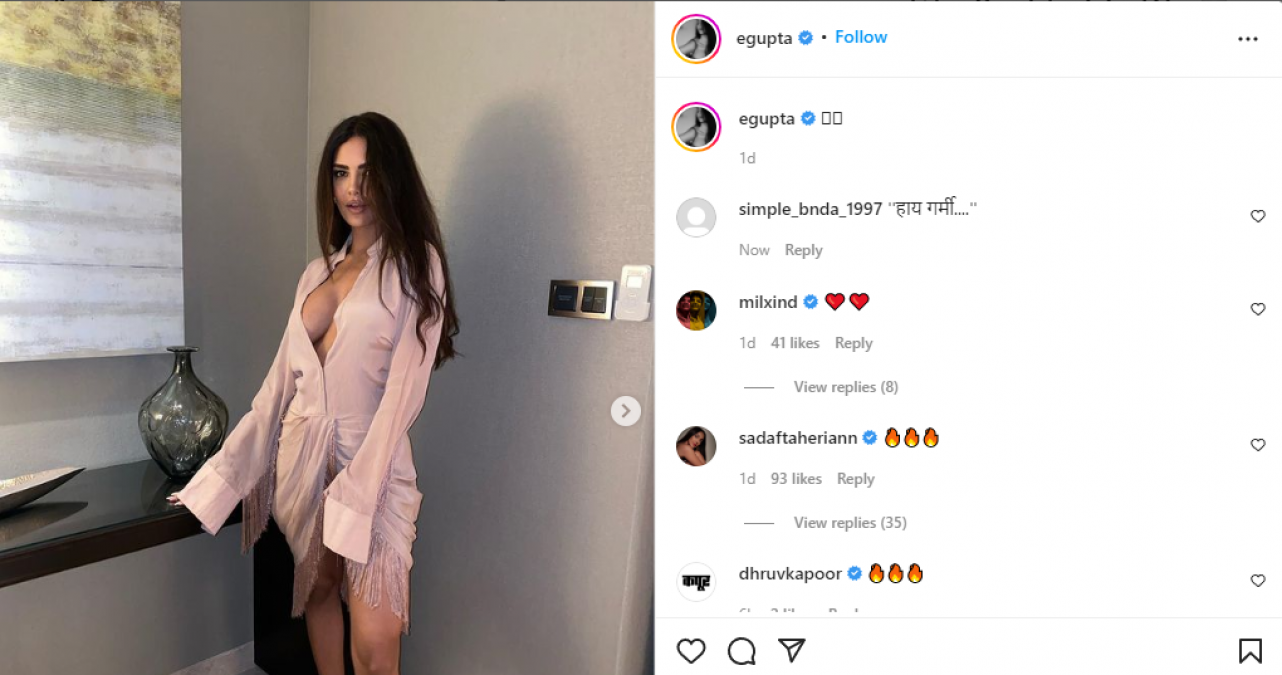 Esha Gupta has always made the beats of fans faster and faster with her sizzling style. But the perfect combination of boldness and glamour in the actress's new photos is being loved by the fans. Fans are getting angry over the actress' look.