Bhopal: All India Majlis-e-Ittehad-ul-Muslimeen AIMIM national president and Hyderabad MP Asaduddin Owaisi were on a visit to Bhopal on Tuesday. Addressing an election rally in the Ashoka Garden area, he sought votes for his party's candidates. Due to this, he launched a scathing attack on the BJP and Congress. Owaisi made a big statement in the Udaipur case.

Reacting to the murder in Udaipur, Asaduddin Owaisi has condemned the incident. The All India Majlis-e-Ittehadul Muslimeen (AIMIM) chief said, "No one can defend such a murder, our party says that no one can take law into their own hands.''

On the same Incident in Udaipur, Owaisi said that I openly deny that Hindu Bhai was killed in Udaipur. No one has the right to kill. Nupur Sharma should be arrested. Strict action should also be taken against those who killed Taylor Bhai. Addressing the gathering, Asaduddin Owaisi said that with the enthusiastic slogans, emotions and cries, your children will not get your right to school. At the Congress, he said, Kamal Nath advises Muslims to remain silent. The BJP says that if you raise your voice, the house will be demolished. The BJP-Congress is two sides of a coin. None of them are your relatives. 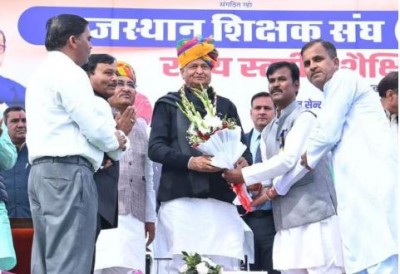