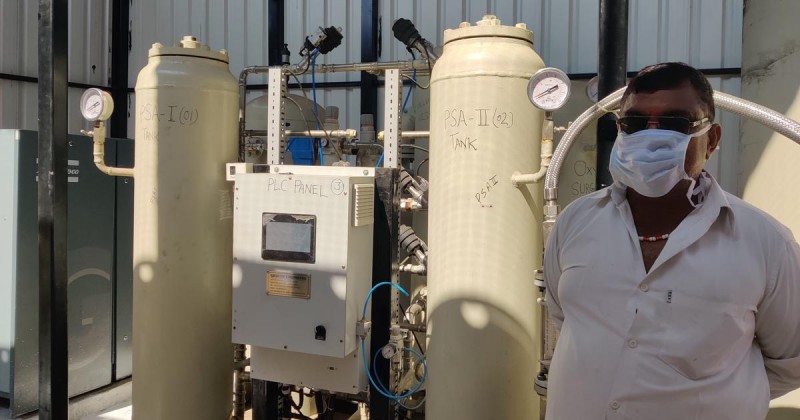 Bhopal: After the onset of the second wave of Kovid, oxygen plants were installed in government hospitals across the state with the help of the central and state governments. The intention of the government behind this was that the way the shortage of oxygen came in the second wave, it should not be faced in the possible third wave. Within a year, 210 oxygen plants were set up in the state. In which the dry run was done on December 1 when 180 was ready, then the breath started running out in the test race of 52.

Where it has been found that in 32, only the oxygen prepared for the patients is not getting pure. The purity level can be as low as 93 percent to 3 percent, but these oxygen plants found purity levels below 90 percent. Now they are going to be fixed. The good thing is that the third wave has not knocked, otherwise patients with out-breathed oxygen plants could only hope for their lives. According to the information received so far, if the engineers of companies setting up plants in hospitals are to be believed, then it is necessary to operate the plants by untrained employees as well.

In fact, the ministers and officers started the oxygen plants across the state, but the department did not consider it appropriate to pay attention to the fact that it is necessary to train the hospital staff to run these plants. When the plants were installed, the company's engineer has told the staff of the hospital concerned about the way of operation, apart from which no other information has been given so far. Due to this, later due to the operation of the plants at high pressure, their zeolites burst or there was a malfunction in the valve. Due to this the problem of oxygen not being prepared at the standard level from the plant has arisen. It is known that there are no biomedical engineers anywhere except in medical colleges.