ISLAMABAD: Pakistan's Covid-19 death toll surpassed 20,089 on Friday as authorities struggle to contain a third wave of the pandemic that has battered the South Asian nation. Officials blamed the unavailability of vaccines in the international market and the delay in the supply of jabs under the global distribution system COVAX.  More than 100 people died of Covid-19 on Thursday, taking the total number to 20,089, as per the Health Ministry report

The number of total infections in one of the world's most populous countries has reached 893,461 with more than 3,000 new cases in the past day, the Ministry said. Most deaths have occurred during the ongoing third wave as a majority of new patients were infected by a variant first found in Britain, health chief Faisal Sultan said. "The UK variant is dominant. There are some cases of South African strain. Both spread faster than the ones that hit Pakistan during the previous waves," Sultan said.

A slow pace of the national vaccination drive was another reason of rising infections and deaths, said doctor Ashraf Nizami of the Pakistan Medical Association, the biggest national body of medics. Around 5 million people have been vaccinated in Pakistan so far, a small fraction of the country's over 200 million population.

People in Britain want an elected head of state not monarchy 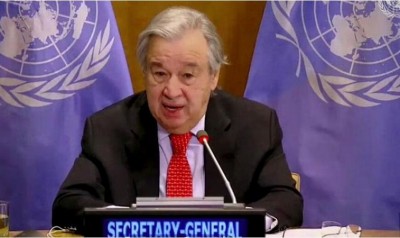