The Kingship of Hollywood Movies in Pakistani Cinema: These 5 movies released post pandemic were said to be important in terms of boosting Pakistani cinema. Movies were also engaged in doing decent collections. But Doctor Strange showed such a monopoly on the cinema screen that the country's local release was being given negligible space in theatres. On Eid, 1 Punjabi and 4 Urdu movies were released in Pakistan. These movies also got a tough challenge from Hollywood movies. Somewhere more than 50% of the screens have been given to Hollywood movies and somewhere 100%.

Pakistani filmmakers raised their voice: Filmmakers of Pakistan have also raised their voice against this. Frustrated by the attitude of the Pakistani ministry, the filmmakers also spoke about the financial loss caused to them. The team of filmmakers also called a press conference against the emphasis on foreign release over local production. The filmmakers say that we have reservation and we would like to appeal to the government that they have also found a solution for this, where there has been a loss of our investment. The Pakistani public is being turned away from their home-made films. 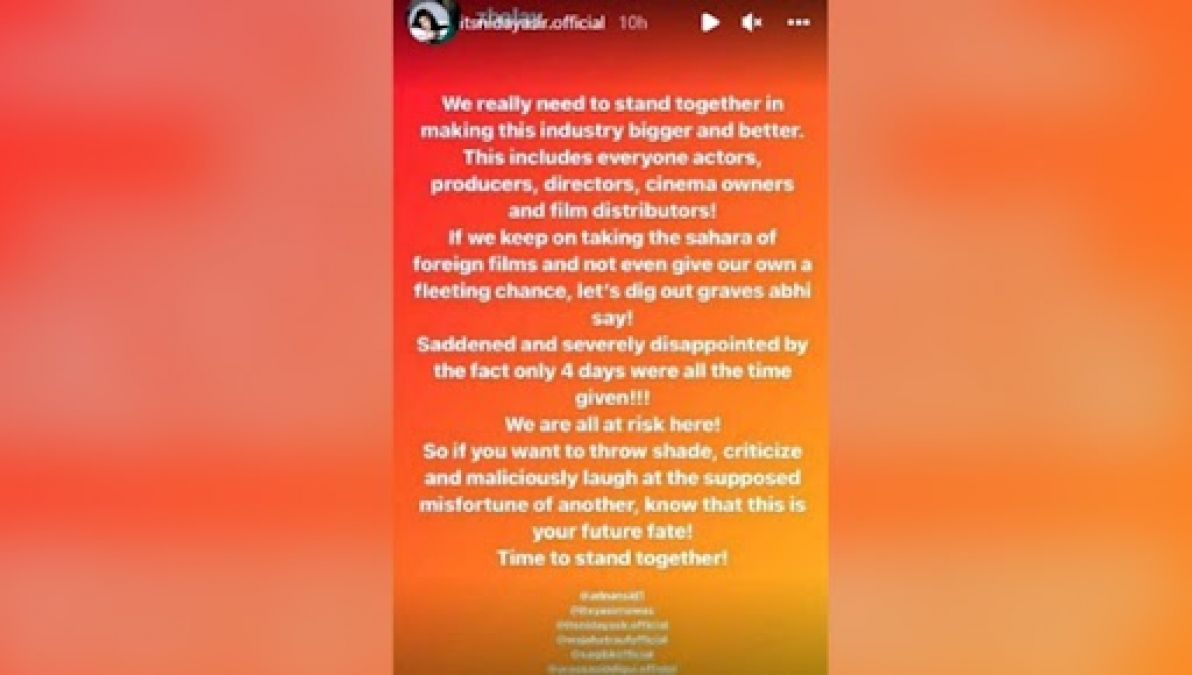