This video of Dhoni and Pandya is being told from a birthday party in Dubai. Here Bollywood rapper Badshah is seen singing his popular song 'Kala Chashma', with whom many others including Dhoni, Pandya, Krunal Pandya and Ishan Kishan are dancing. Let us know that Hardik Pandya is returning after captaining Team India in the recent T20 series against New Zealand, where Team India won the series 1-0 under his captaincy. However, Pandya is not yet part of the ODI series and is holidaying in Dubai. Many videos of this party are going viral on social media, in which MS Dhoni, Ishan Kishan, Hardik Pandya, and other players are seen dancing. Fans have seen this style of former captain, MS Dhoni, for the first time.

Let me tell you that Dhoni, who has said goodbye to international cricket, will now be seen in IPL 2023. The IPL 2023 is scheduled to be auctioned in December, while the IPL can be held in March-April. It is being speculated that this may be Mahendra Singh Dhoni's last IPL as a player. Dhoni has already said that he will play the last T20 match in Chennai. 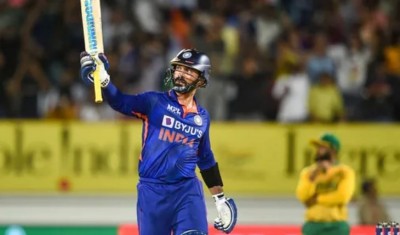