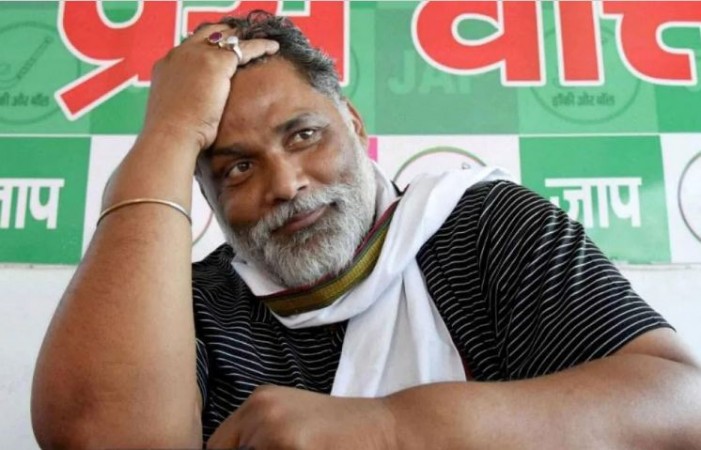 Patna: Polling is underway in three phases of assembly elections in Bihar. According to the trends in 243 seats, the NDA is once again looking to move towards an absolute majority while the Grand Alliance is looking to get about 100 seats. Rajesh Ranjan Yadav, National President of the Public Rights Party (JAP), had fielded the Madhepura seat to try his luck in the assembly elections after 20 years and was the face of the CM on behalf of the Progressive Democratic Alliance (PDA).

In Madhepura seat, Pappu Yadav is in third place and the way the counting trends are, his chances of victory are looking to end. Pappu had questioned EVM. Eight rounds of vote counting has been held so far in Madhepura assembly constituency. The main battle between the Rashtriya Janata Dal (RJD) and JD (U) is visible.

JD (U) candidate Nikhil Mandal is leading and second place is RJD's Chandrasekhar, while third-ranked Pappu Yadav could not take a single round lead. He has received nearly 8,000 votes in the counting of votes so far, while he was a contender for the CM post on behalf of the PDA.