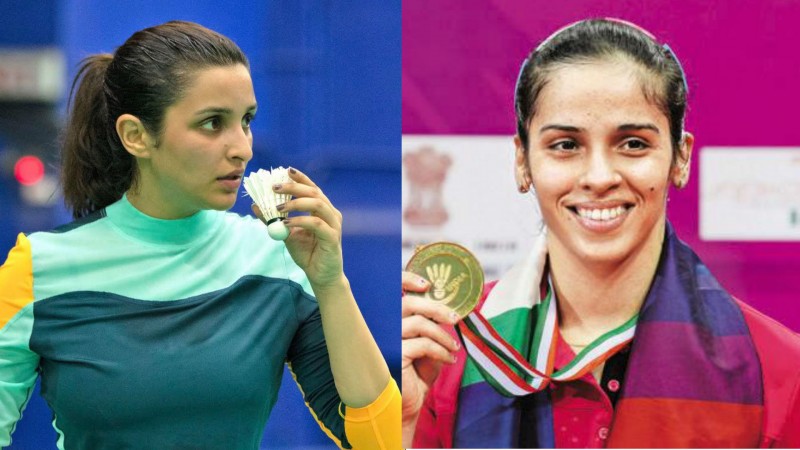 Badminton star of the country is almost ready to be a movie made on the life of Saina Nehwal and now the producers are sharing information related to the film. The name of this movie is 'Saina'. The first poster of the movie has been released on Tuesday. It shows the hand of a girl with a shuttlecock on top of it. You can see shuttlecock is designed in such a way that it writes the name of the movie 'Saina' and the girl is wearing a tricolor band in her hand.

The film will be released on the 26th of March this year. Talking about the cast, Parineeti Chopra will be seen in the role of Saina in the movie. The movie stars Manav Kaul to accompany Parineeti. At the same time, Manoj Muntashir has been given the responsibility of writing the song for the movie. The movie will be released in theaters. On March 26, there will be a biography of Saina Nehwal in front of the audience. Saina Nehwal is also very happy on this occasion. Sharing the first look of the film, Saina wrote, 'I am very happy to share the first glimpse of my upcoming film Saina. Lots of love to the entire team. In theaters on March 26.'

Also, a few months ago, Parineeti's first look was revealed from Saina Nehwal's film. Parineeti's look in it was exactly like Saina. Saina was also very happy to see Parineeti's labor. The movie is directed by Amol Gupte.