Author - Jacob Peenikaparambil: As per the media reports, a 17-year-old girl in Deora district of UP was allegedly killed on 19th July by her own grandfather and two uncles for wearing jeans. The girl while staying with her father in Punjab used to wear jeans. When she returned to her mother’s house in UP she insisted on wearing jeans. But her grandfather and uncles objected to it. The confrontation led to a scuffle and reportedly the girl was killed.

Tragic incidents like killing a woman for wearing a dress of her choice or marrying a man whom she loves, dowry deaths and denial of women’s entry in certain places of worship show that women in India do not enjoy equal rights. The constitution of India provides equal rights to women and men. Even after 71 years since the constitution was formally adopted, women in India are discriminated against and often denied their fundamental rights. The main reason is the iron grip of patriarchy in the Indian society.

According to the eminent gender historian Gerda Lerner, patriarchy manifests and institutionalises the domination of men over women and children within the family, and extends its influence to other areas in the public sphere in a society. In a patriarchal society men decide almost all aspects of the life of women, including what they should wear. Honour killing, child marriage, dowry system, female foeticide/infanticide etc, are very much inter-related with patriarchy.

The core Indian constitutional values like pluralism, justice, liberty, equality and fraternity mostly remained at the level of textbooks. There was no concerted effort on the part of the educators to instil these values in the young people. The egalitarian values and principles of Indian constitution are not imbibed by people, both men and women.

Sociologists are of the view that patriarchal values and ideas are transmitted from one generation to another in the socialisation process. Socialisation is the process of internalising the norms and ideologies of society. Hence any attempt for a social change that is egalitarian based on the Indian constitution, should start from the socialisation process. Primary socialization takes place at home and secondary socialisation takes place outside the home, especially schools and higher educational institutions. Patriarchal values and norms in these institutions are to be identified and they are to be replaced with egalitarian values in order to break the transmission chain across generations.

Parents can play a significant role in imparting egalitarian values through their behaviour and actions at home. First of all, parents should not make any discrimination between a male child and a female child and no favour should be given to a child because he is male. Father in a family should respect the dignity of mother and other women in the household. A working male in a household shall help his wife in cooking and in doing other household chores. The children who see their father doing cooking and other household work will internalize that no job is restricted male or female.

At the school level, words and pictures in the text books of lower classes shall be made gender-neutral. For example, a picture of a family can be shown as a father and mother doing household chores together.

Political parties are tempted sometimes to support gender discriminatory religious practices in order to create religion based vote banks. In the context of India, political parties that succumb to such temptations are violating the constitution and doing a great harm to Indian democracy. The governments should focus on implementing the existing laws against gender discrimination strictly and bring the culprits to books- jacobpt48@gamil.com

Read More Articles From The Author

“Think before you act, think twice before you speak” because every act counts

Amazing miracles happen when people are ready to share their resources with the needy. 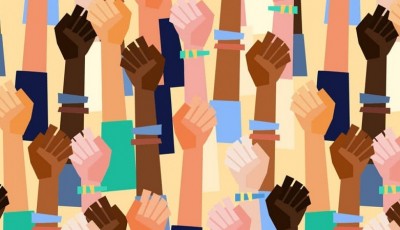 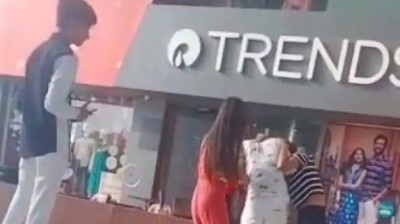