Jana Sena leader and power star Pawan Kalyan has once again made sensational allegations against the Andhra Pradesh government on Twitter. He said, “During my Porata Yatra in 2018, which was to understand the socio-economic issues of the people of the state. I had received several complaints about health, unemployment, illegal mining and 'ganja trade and its mafia' in the tribal areas of 'Andhra Orissa border'.

Jana Sena chief Pawan Kalyan also posted the video of Nalgonda SP Ranganath, stating that AP will become a cannabis hub and cannabis will be supplied from AP. Actor-turned-politician Ranganath also posted the video talking about cannabis on Twitter, "AP has become a narcotics hub and is full of drug lords at every level. Entire nation is being affected; politicians due to the willful inaction of those who are in charge of the Government."

AP has become a narcotics hub and every level is filled with multiple drug lords. The whole country is being affected; Due to the deliberate inaction of the leaders in charge of the government. The following clip is of 'SP-Shri Ranganath of Nalgonda' of Telangana State. On the other hand, Pawan Kalyan referred to comments made by Hyderabad City-Police Commissioner Anjani Kumar on his social media platform that drugs are being smuggled from Andhra Pradesh to other parts of the country and posted a video. Commissioner of Police Shri Anjani Kumar, (IPS) giving details about how narcotics are being transported from AP to rest of the country. 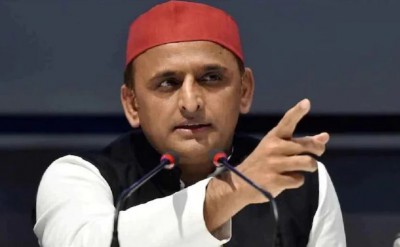