Ranchi: Mahendra Singh Dhoni, the former captain of the Indian team and the prince of Ranchi, may or may not be in his city Ranchi, but he is discussed a lot. These days, the process of electing the village government means Panchayat elections are going on in the state. In this too Dhoni is in the headlines. That too about 'election duty'. You must be thinking that Mahendra Singh Dhoni is busy in IPL, then how his presence in Panchayat elections? The answer is that photos of a person who looks like Dhoni are becoming viral in social media. When this person was seen conducting elections in Silli's Lota Panchayat, adjacent to the capital Ranchi, people took his photo.

There is no mention of Mahendra Singh Dhoni being in the duty of conducting Jharkhand Panchayat elections. Seeing the photos of Vivek Kumar, a Panchayat election worker who looks like Mahendra Singh Dhoni, you too will be deceived once. Four days ago, suddenly in Lota Panchayat of Silli block, the news of Mahendra Singh Dhoni being engaged in Panchayat elections spread rapidly. Along with Silli, many people from Ranchi also reached to see this 'Dhoni'. With his head bowed at the table, Dhoni continued to do his job with ballots. People could not see his face. As soon as the person raised his face, people were astonished. This person who looked exactly like Dhoni was Vivek Kumar. Seeing the astonishment on the faces of the people, he was engrossed in his work in Panchayat duty, laughing. 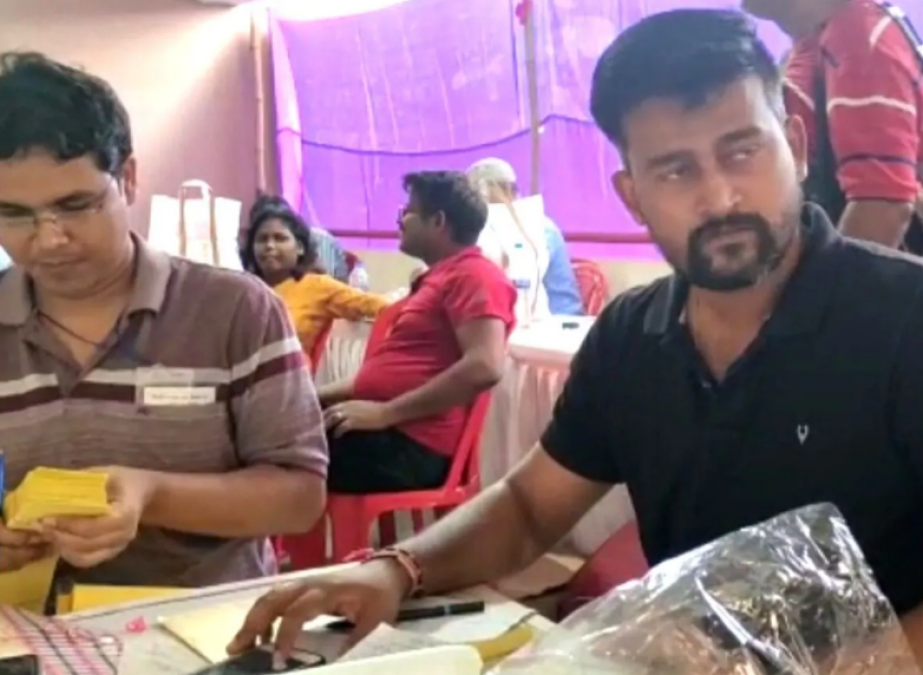 Vivek Kumar, who came to conduct Panchayat elections, looks exactly like Dhoni. If you look closely, you too can once wonder whether it is Dhoni or not? Actually, Vivek Kumar's look, his hairstyle, stature and facial structure are very much similar to Mahendra Singh Dhoni. Because of this people were surprised to see him.