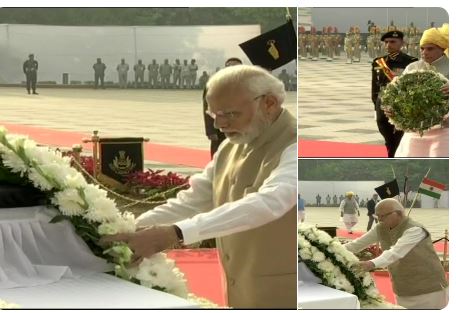 In his address,  PM Modi said that it is the day to remember every jawan who maintains law & peace in Jammu and Kashmir & fights against terrorism. Jawans on duty in naxal-affected areas are doing a great service. It's also due to them that no. of naxal affected districts are going down & youth is coming to mainstream

PM Modi added that it is the result of the alertness of police that the elements which create unrest are unsuccessful in their attempts. The attempts to create fear & insecurity in the nation were foiled by Police .

“The peace prevalent in the nation is possible only due to your services”, PM Narendra Modi asserted.