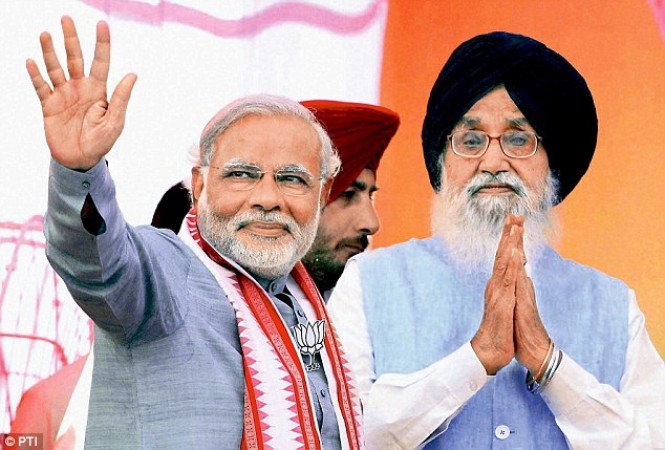 New Delhi: Today is the 94th birthday of Prakash Singh Badal, founder of Shiromani Akali Dal and five-time CM of Punjab. Pm Narendra Modi has greeted him on this special occasion. In a tweet, the Prime Minister said, "Happy birthday to Prakash Singh Badal, one of India's most respected politicians. He has worked very hard for the progress of Punjab, especially the weaker sections of the society. I pray for his long and healthy life. ’

He is predicting an alliance between BJP and Akali Dal in the upcoming elections in Punjab. The years-long friendship between the two parties had broken down when farmers started protesting over agricultural laws (Farm Laws). But now the Central Government has withdrawn all the three agricultural laws. As a result, there is a buzz in the political corridors that the two parties may come together once again. However, whether this happens or not will be known only when the time comes.

Prakash Singh Badal is still very much a part of the political landscape. Sukhbir Singh Badal, his son, wished him a happy birthday as well. "Despite being over 90, he still surprises me with his enthusiasm and energy," he tweeted. His expertise and experience are both one-of-a-kinds. They see Punjab in all of us, but I see Punjab in all of them. Prakash Punjab Da isn't only mine!! Prakash Singh Badal was born on December 8, 1927. They have witnessed the independence movement and the country's eventual independence.