Prime Minister Narendra Modi on Tuesday laid the foundation stone of Raja Mahendra Pratap Singh University in Uttar Pradesh's Aligarh. Addressing the event, PM Modi remembered Mahendra Pratap Singh and praised him for dedicating his life to India's Independence. Modi also remembered Ex UP CM Kalyan Singh who passed away recently, saying that he would have been happy to see the new identity of Aligarh being created through education and defence.

Saluting Raja Mahendra Pratap Singh, PM Modi said, "Today, when the country is celebrating 75 years of its independence, we need to salute Raja Mahendra Pratap Singh ji. Today, every youth of the country who is dreaming big, who wants to achieve big goals, must know about him. He used the experiences gained in his country and abroad trips to modernize India's education system."  PM Modi added,  "Today, I am also strongly feeling the absence of the great son of this earth, Late Kalyan Singh Ji. Had he been with us today, he would have been very happy to see the new identity of Aligarh being created in the State University and Defence Sector."

PM Modi stated that Uttar Pradesh which was first seen as a 'hindrance' in the development of India was now swiftly moving towards a new identity through Yogi Adityanath's 'double-engine government.' He stated that the university, which has been laid today, will not only serve as a centre of modern education but will also become a centre for defence studies and technology related to defence production. 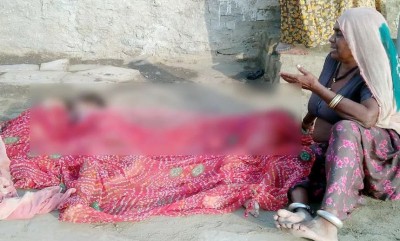