New Delhi: PM Modi said on Monday that the basic sentiment of the events to be celebrated to mark 75 years of India's independence is 'public participation' and to celebrate this national festival with 130 crore countrymen. Addressing digitally the first meeting of the high-level committee set up to set out the ceremonies and programs to be organized in the 75th year of the country's independence, Modi said that this 75 year festival should be In which one can experience the spirit of freedom struggle and its renunciation.

In the meeting, PM Modi said, 'The country has to move forward on all 5 things, the struggle for independence, ideas at 75, achievement at 75, action at 75, resolutions at 75. All these should include the ideas of the 130 crore people of the country, their feelings. PM Modi further said, 'It should be a festival in which there is a tribute to the martyrs of the country and also a resolve to make India of their dreams. In which there is a glimpse of the pride of Sanatan India, in which the glow of modern India also can be seen.

PM Modi said, 'We have to celebrate this 75 years of independence by taking 130 crore countrymen along and joining them. Public participation is the basic spirit of this event. PM Modi said that at the stage of 75 years of independence, freedom movement, ideas, achievements, actions and resolutions have to move forward and in all these, the sentiments of 130 crore people of the country should be contained. 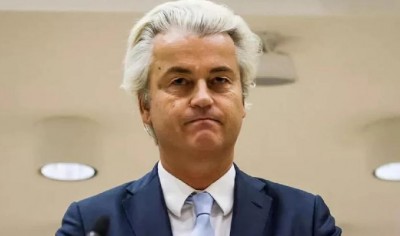