According to a statement from the PMO, work on the project began in 1978, but was delayed due to a lack of budgetary continuity, interdepartmental cooperation, and sufficient monitoring, and was not completed until nearly four decades. "The Prime Minister's vision for farmer welfare and development, as well as his commitment to prioritising long-delayed projects of national importance, gave the project much-needed emphasis," the PMO said.

The Saryu Nahar National Project cost more than Rs 9,800 crore to build, with more than Rs 4,600 crore set aside in the last four years.The project also entails the interconnection of five rivers: the Ghaghara, Saryu, Rapti, Banganga, and Rohini, in order to maximise the region's water resources.

According to the PMO, the project will provide guaranteed water for irrigation of over 14 lakh hectares of land, benefiting around 29 lakh farmers from over 6200 communities. It will help the districts of Bahraich, Shravasti, Balrampur, Gonda, Siddharthnagar, Basti, Sant Kabir Nagar, Gorakhpur, and Maharajganj in Eastern Uttar Pradesh. 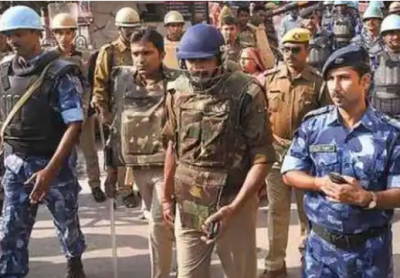