Here are Visuals from the inauguration ceremony of Sardar Vallabhbhai Patel's 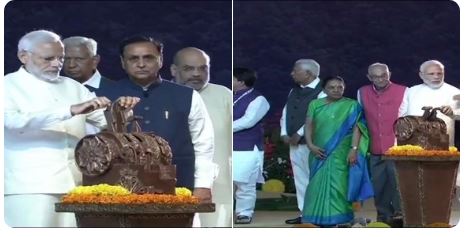 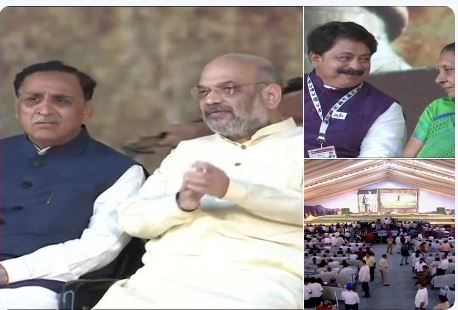 Earlier Home Minister Rajnath Singh and Union Minister of Youth Affairs and Sports Rajyavardhan Rathore flagged off the 'Run for Unity' in the national capital on Wednesday amid loud cheers of 'Bharat Mata Ki Jai' on the occasion of   the 143rd birth anniversary of Sardar Patel.

In Tamil Nadu Defence Minister Nirmala Sitharaman flagged off & participated in Run For Unity in Chennai.The height of the very tall statue is 182 metres which is the same number of the total of Assembly constituencies in Gujarat. The height of the viewers' gallery is 153 meters. It can accommodate up to 200 people at a time and offers a wonderful view of the Sardar Sarovar Dam. Also it reservoir the Satpura and Vindhya mountain ranges. The sculptor scanned 2000 photos of Sardar Patel to finalize the design of the face of the statue. The Statue of Unity exceeded China’s Spring Temple Buddha statue, whose height is 153 meters, as the world's tallest statue.