Indore: A human face of Madhya Pradesh Police was seen in Indore on Sunday afternoon with strictness in the mid-second wave of covid-19 infection. The police not only killed the wanderers without reason, but they have also helped the needy. At Regal Crossroads, a father was taking his daughter home after the examination.

On the way, the petrol of the bike ran out. Both started walking as the petrol pump was shut down. Meanwhile, Ranjit, the head constable of the traffic police, stopped them. They were afraid, but this fear remained for a while. Ranjit took out petrol from his bike and gave it to him. After which the girl's face blossomed happily. She thanked Ranjit said 'Thank you Uncle.' 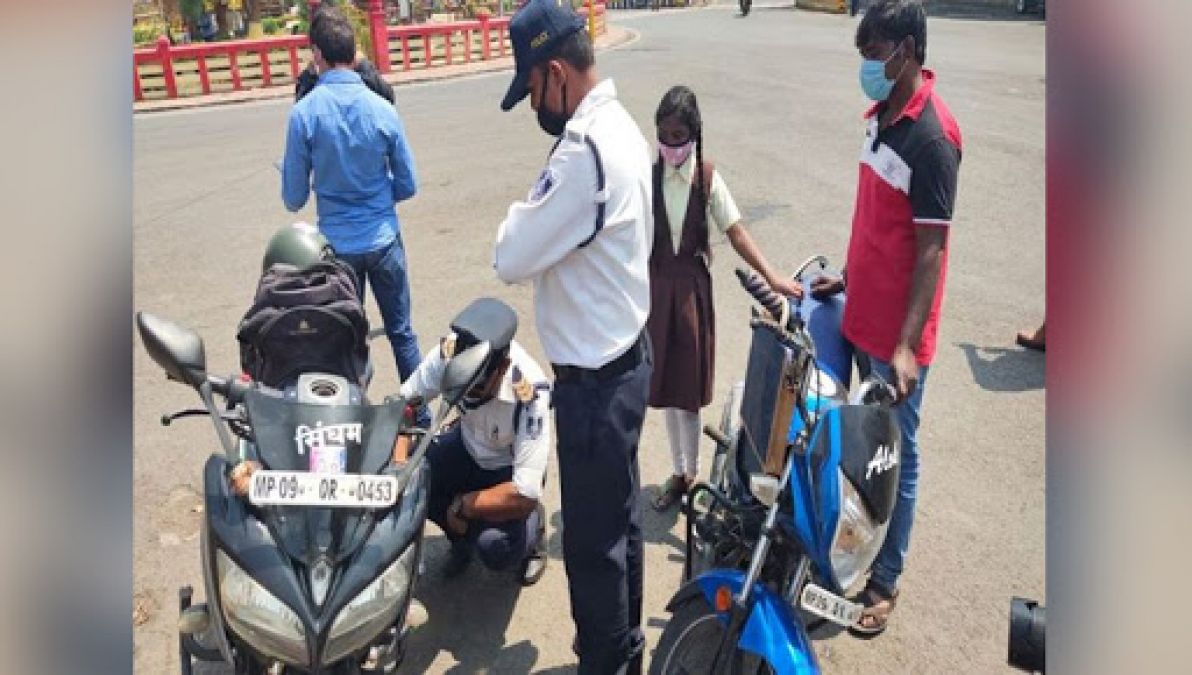 While giving the information, the girl's father Raju said that the daughter is in the 9th grade. It was practical today on Sunday. Bal Vinay went to the temple to pick him up. While returning, the vehicle's petrol ended on the way. My house is on collectorate road. Regal crossroads were pushed up as soon as they reached the bike. Raju's daughter was also walking along. Meanwhile, Ranjit Singh, a head constable of traffic on duty, stopped them. When asked the reason for leaving the house, Raju told the whole thing. At this, Ranjit asked him to put the bike on the side, and took out the petrol from his bike, and put it in his bike.