Actress Rashmika Mandanna is in discussions these days about the movie 'Pushpa The Rise'. Rashmika has worked with Allu Arjun in this movie, in which people have liked the chemistry of both. On Monday, Rashmika has been spotted in Mumbai, a video of which is going viral on the internet. Something has happened in the video after seeing that people have started trolling Rashmika.

People furious after watching the video: In the video you can also see that when Rashmika (Rashmika Mandanna) comes out of a restaurant, some children surround her. They ask Rashmika for money but Rashmika does not pay much attention. She sits in her car by posing in front of the paparazzi. After which a girl is speaking to Rashmika, Didi is your film Na Pushpa. Then there comes another girl who tells Rashmika, give didi some money, have to eat food. But Rashmika is not going to give them money and leaves from there.

Heard Rashmika fiercely: According to media reports, some people did not like this behavior of Rashmika and are trolling her. People say that Rashmika should have helped those poor children. If he had given only some money, what would have gone wrong for him? Commenting on the video, a user wrote, Mood off after seeing this. Another wrote, what would have happened if I had given the child something to eat. Another user wrote, These people are rich with money but poor at heart. Someone commented, Feeling very bad for children. Would have given at least 100 rupees only. In this way people are telling Rashmika fiercely. 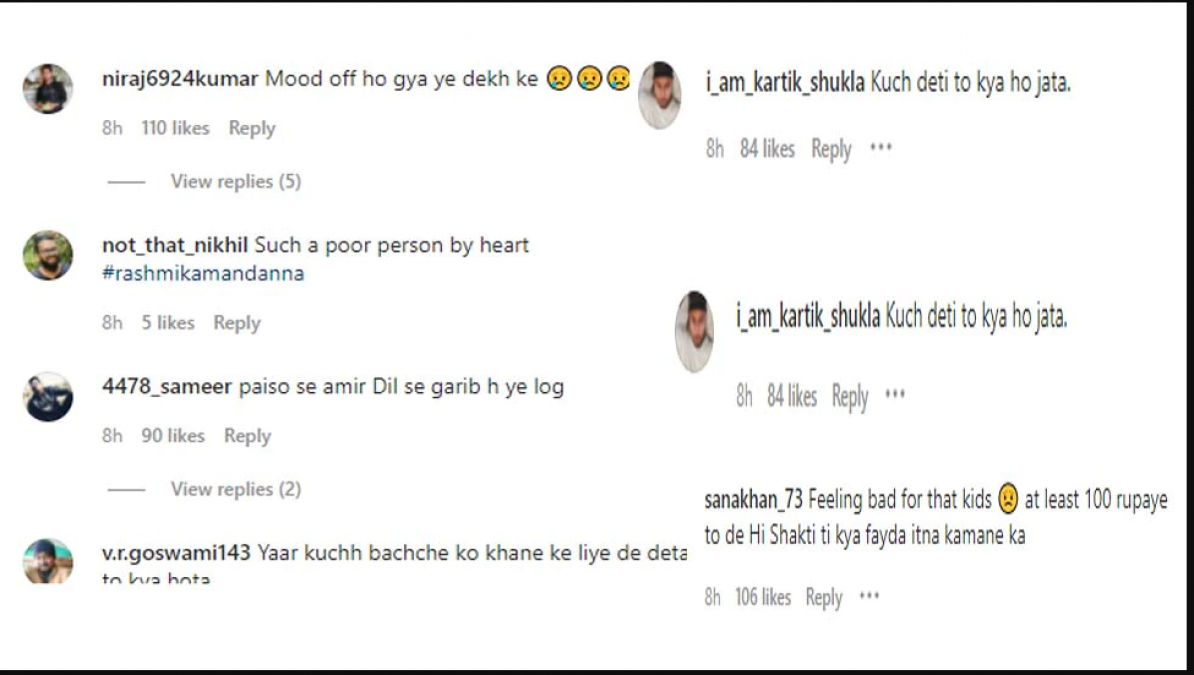