Netflix releases the official poster 'Squid Game' featuring Lee Jung Jae, Wi Ha Joon, Heo Sung Tae, and Park Hae Soo in lead roles. The upcoming drama will be released on September 17. The story is of people who participate in a mysterious survival game with a prize of 45.6 billion Won.

The people risking their lives to become the ultimate winner will be gaming some major troubles. It is a dark thriller which is similar to the Japanese series ‘Alice in the Borderland’. After a thrilling teaser and first reveal, Netflix has unveiled the official poster for 'Squid Game'. The teaser poster features the key players of the game, dressed in green tracksuits with the spotlight focused on them. 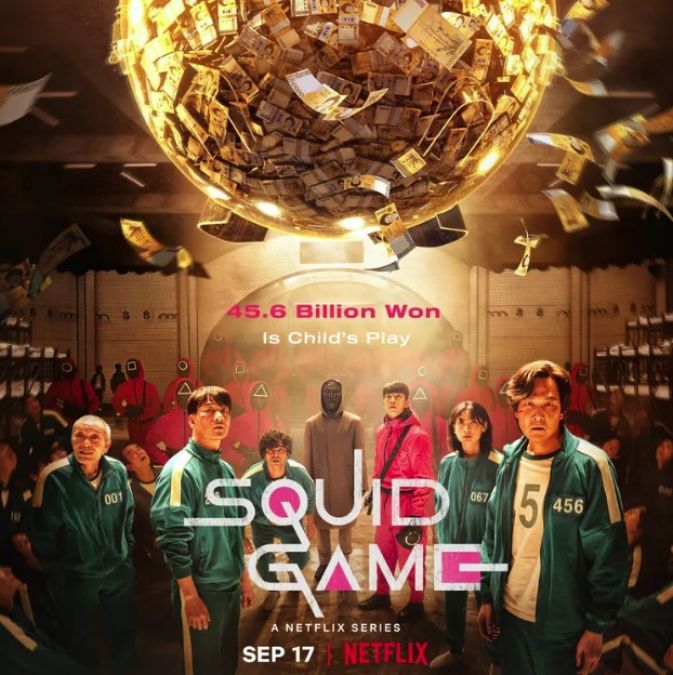 Here in the above photo, you can see there is a big ball of currency notes rolled in the form of a huge chandelier. It is hanging above their heads as the spectators stare at 'chandelier money'! The poster reads in bold font "45.6 Billion Won Is Child's Play". 'Squid Game' will be released on Netflix on September 17th in 190 countries around the world. 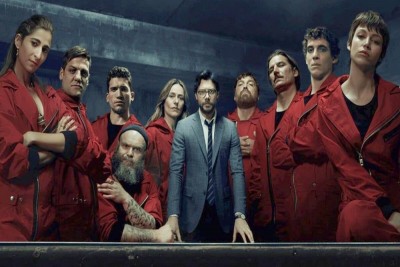